Mother nature gave the men spring-like weather last week and now that it’s the women’s week, she gives us the opportunity to really experience the winter weather. All is well as it only evokes more furs, knitwear, sweaters and jackets which compliments an outfit.

For the first day of NYFW: Women’s, I was able to view Jay Godfrey’s F/W 16 collection. One of my favorite features of this collection is the mixture of textures. Because I’m such a lover of prints, when a solid color piece reveals mixed textures, it attracts me. 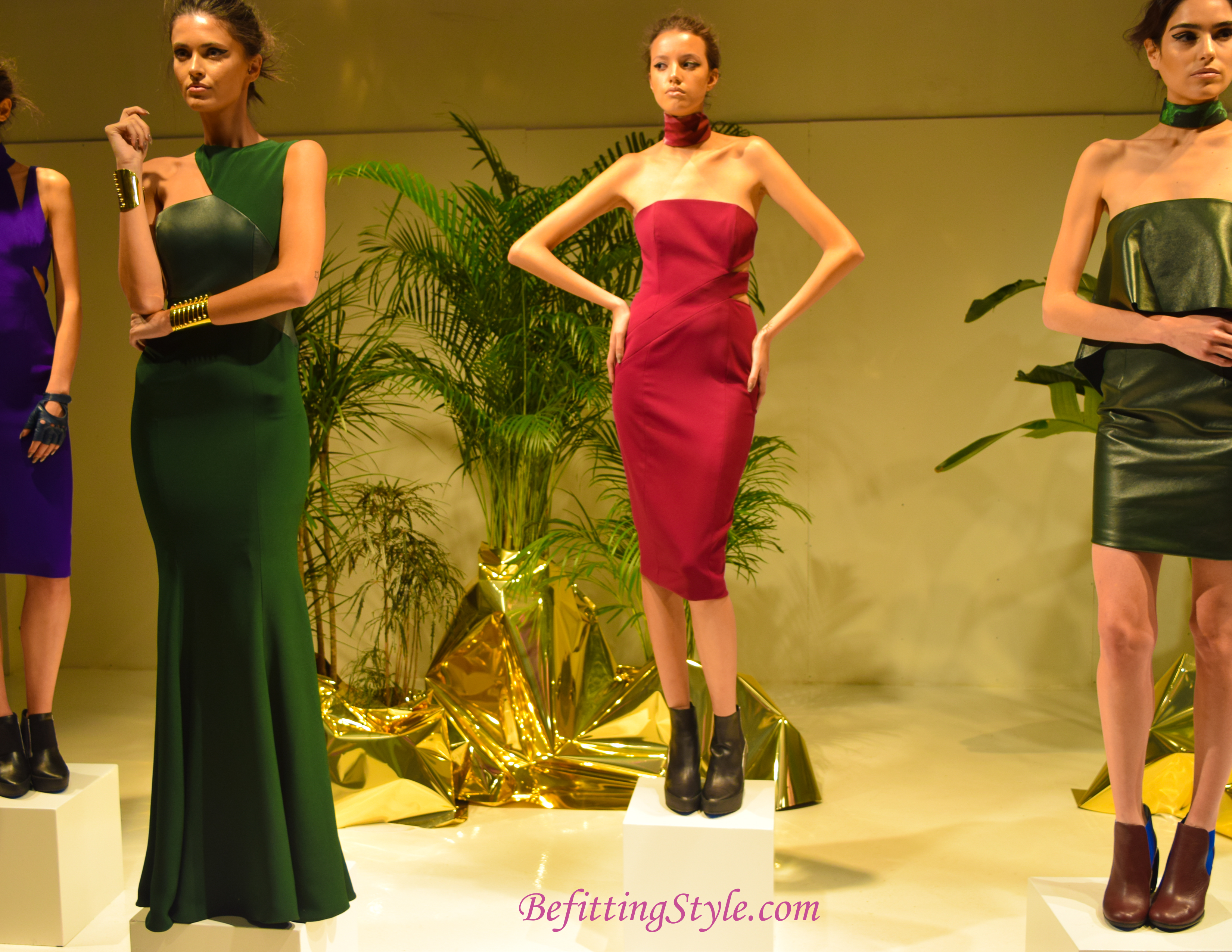 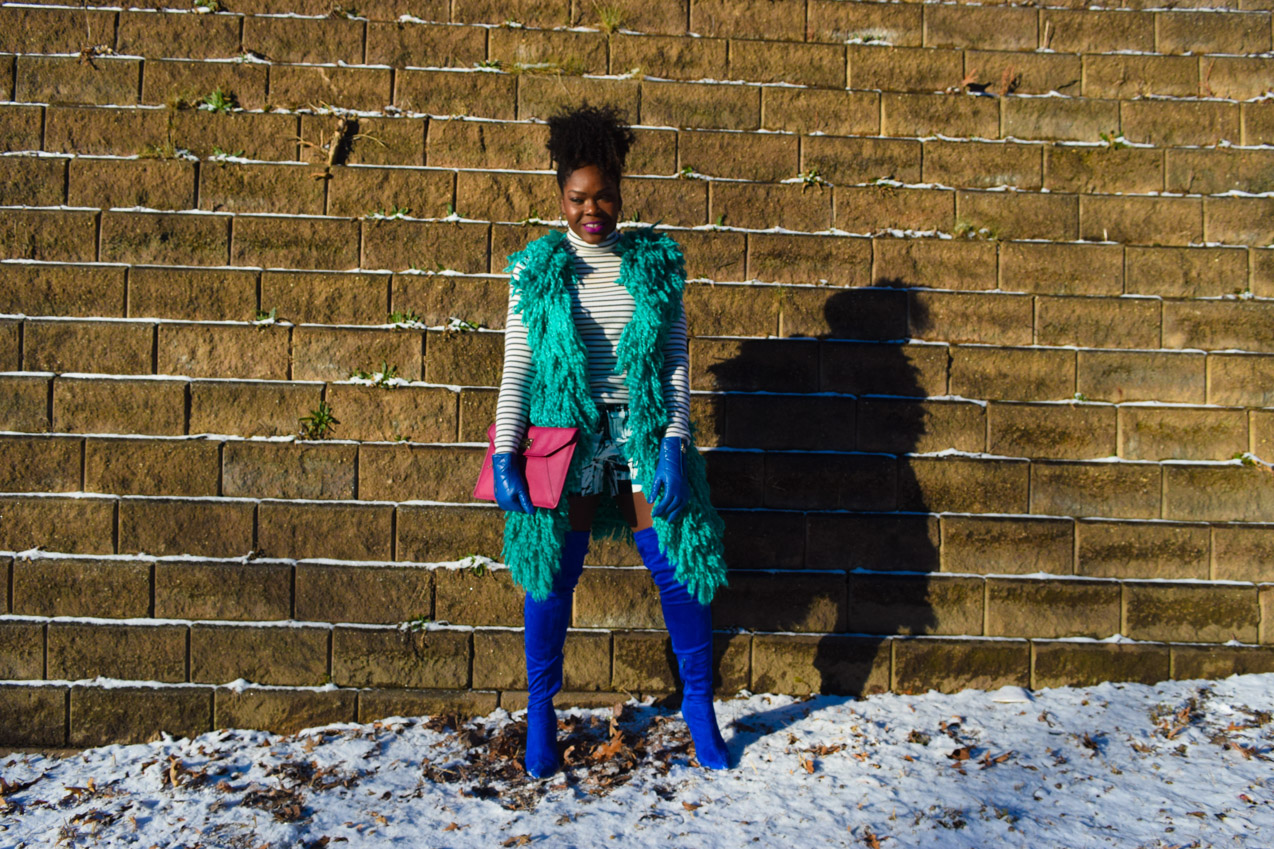 I decided to be my usual colorful self and threw on a green knitwear piece, paired with blue thigh high boots.

This vest is very special to me because it reminds me that I can create anything that I envision.

At 12 years old, my 7th grade teacher taught me how to crochet. Because I was a crafty kid, I was excited to learn what I considered a new phenomenon, yet I didn’t want to limit myself to potholders. I moved on to creating scarves. The subsequent years involved crocheting on and off…then I eventually stopped crocheting for some years.

After at least 5 years of not even caring about where my crochet needle is, I decided to make a vest. I knew what I wanted. I was a little shaky about the execution but I knew I had a vision. 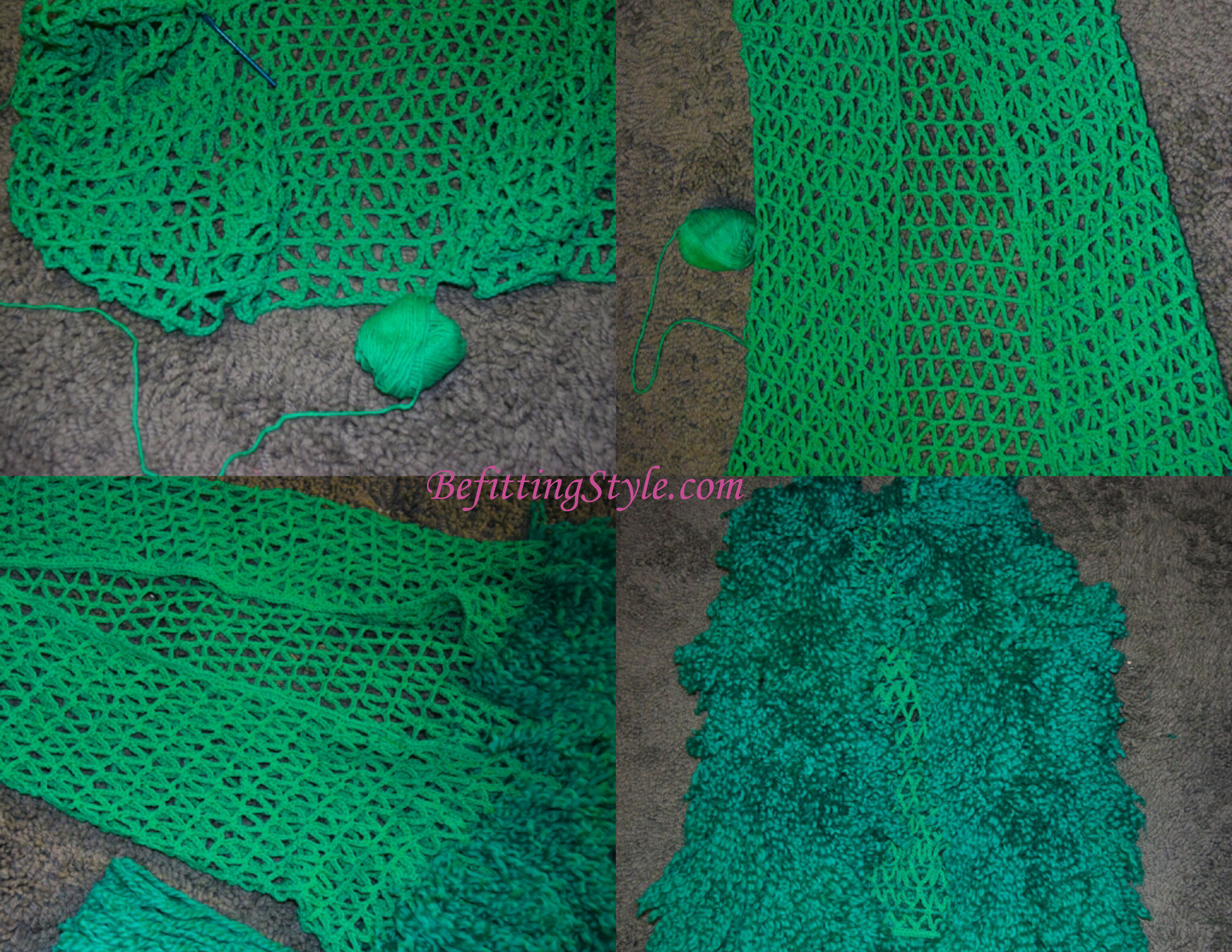 Of course I didn’t get it right my first time but after several mistakes, I was able to accomplish the goal. Because I’m such a goal digger, I refused to give up. 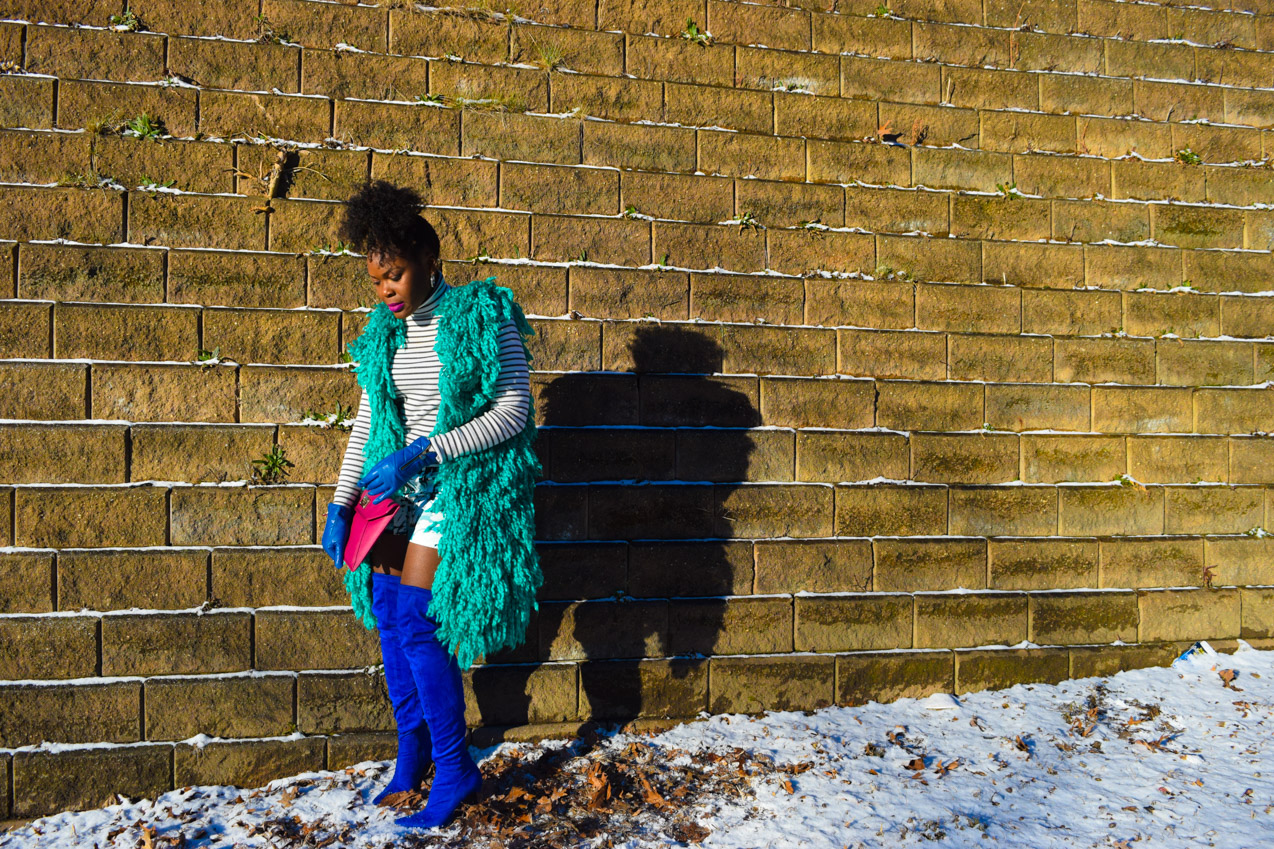 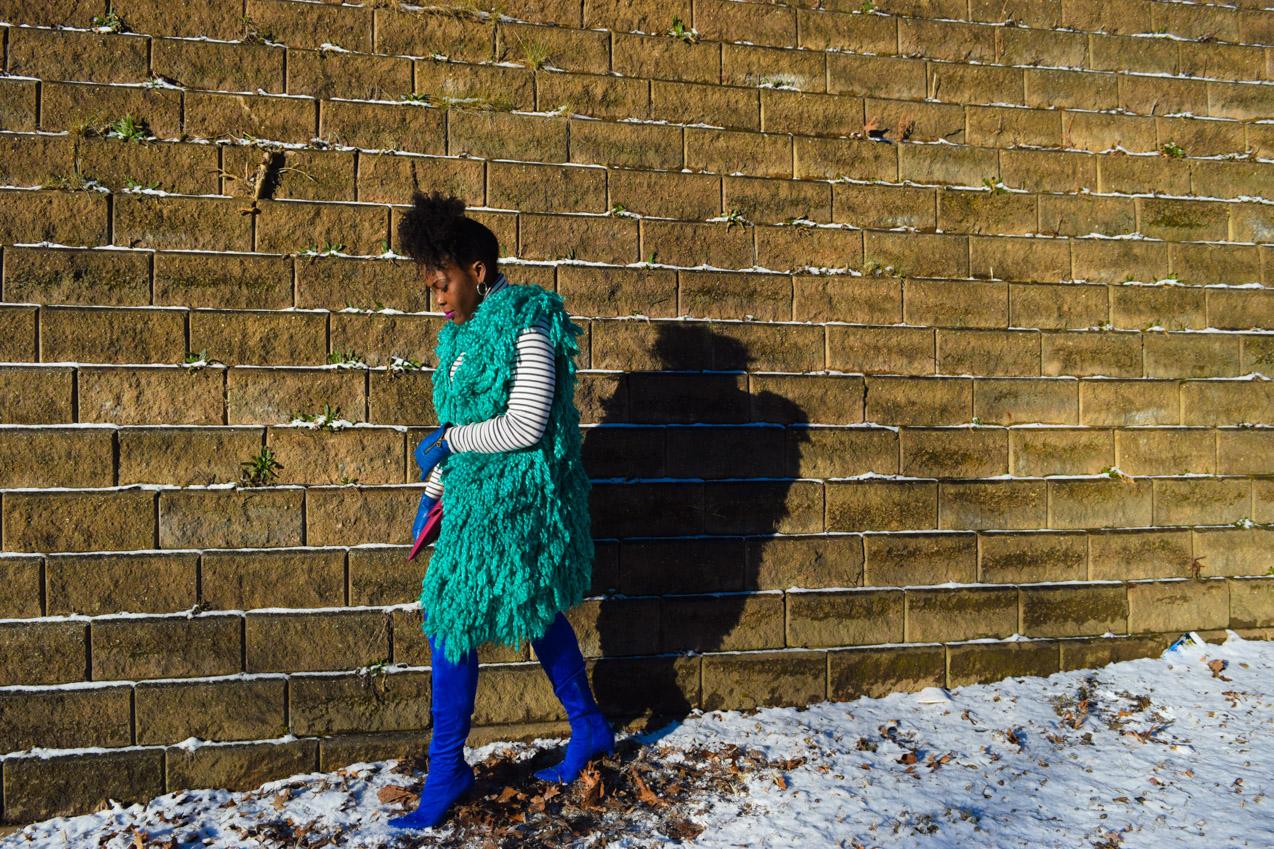 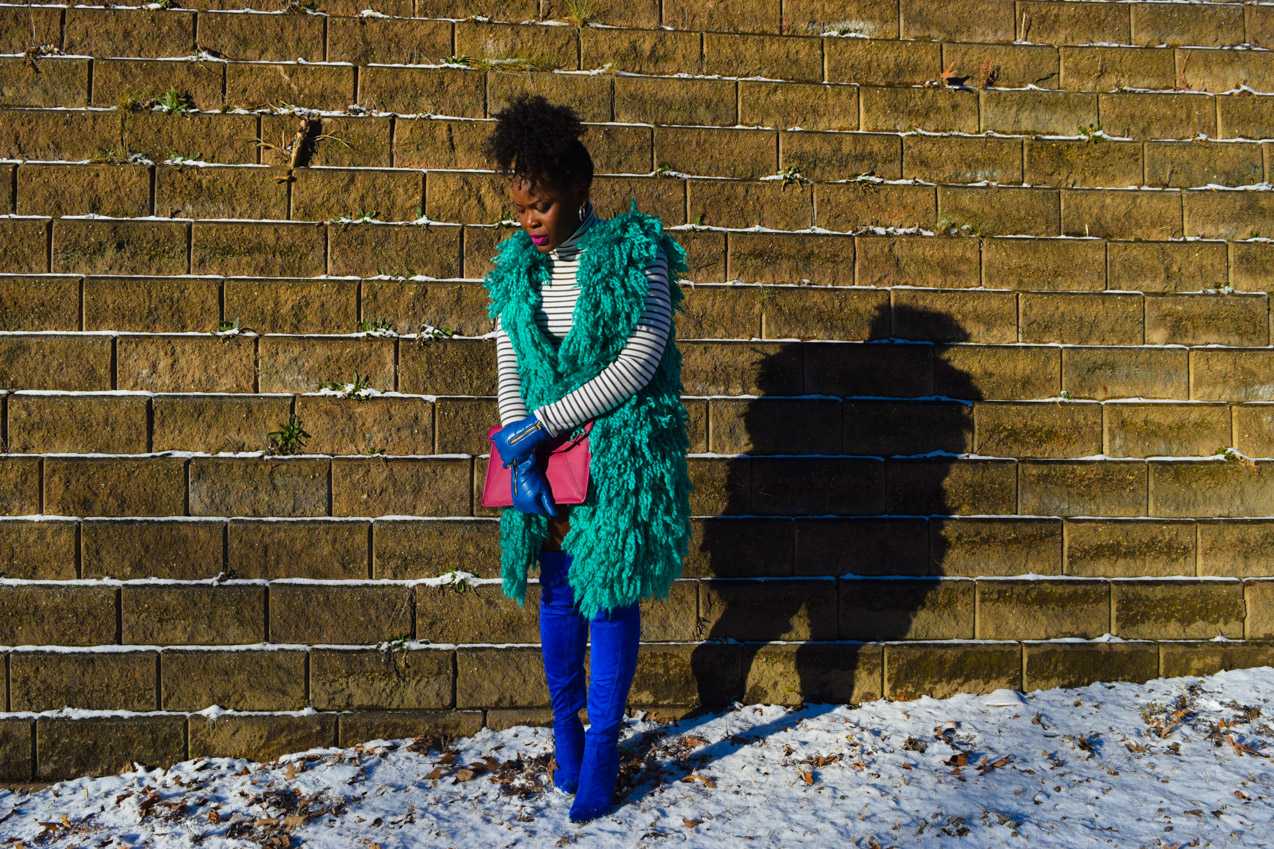 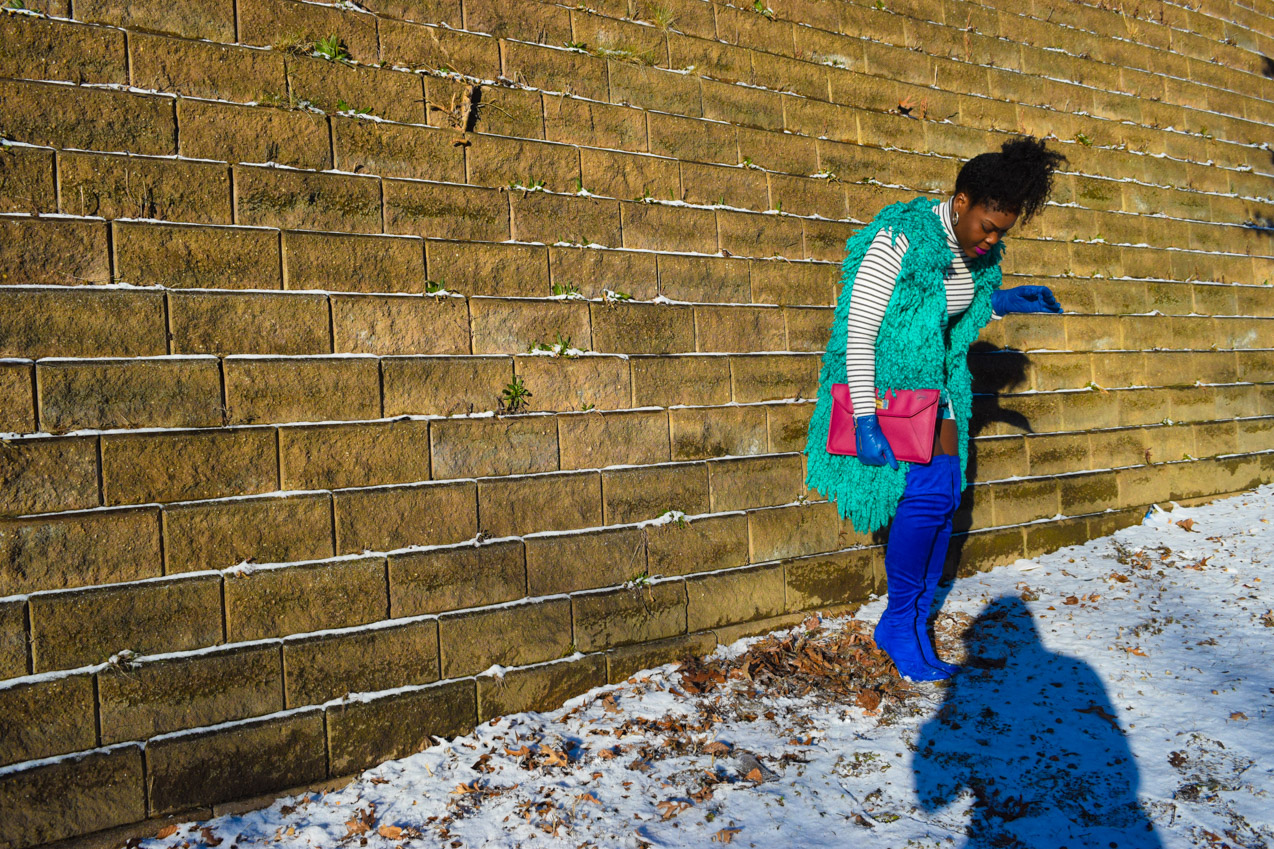 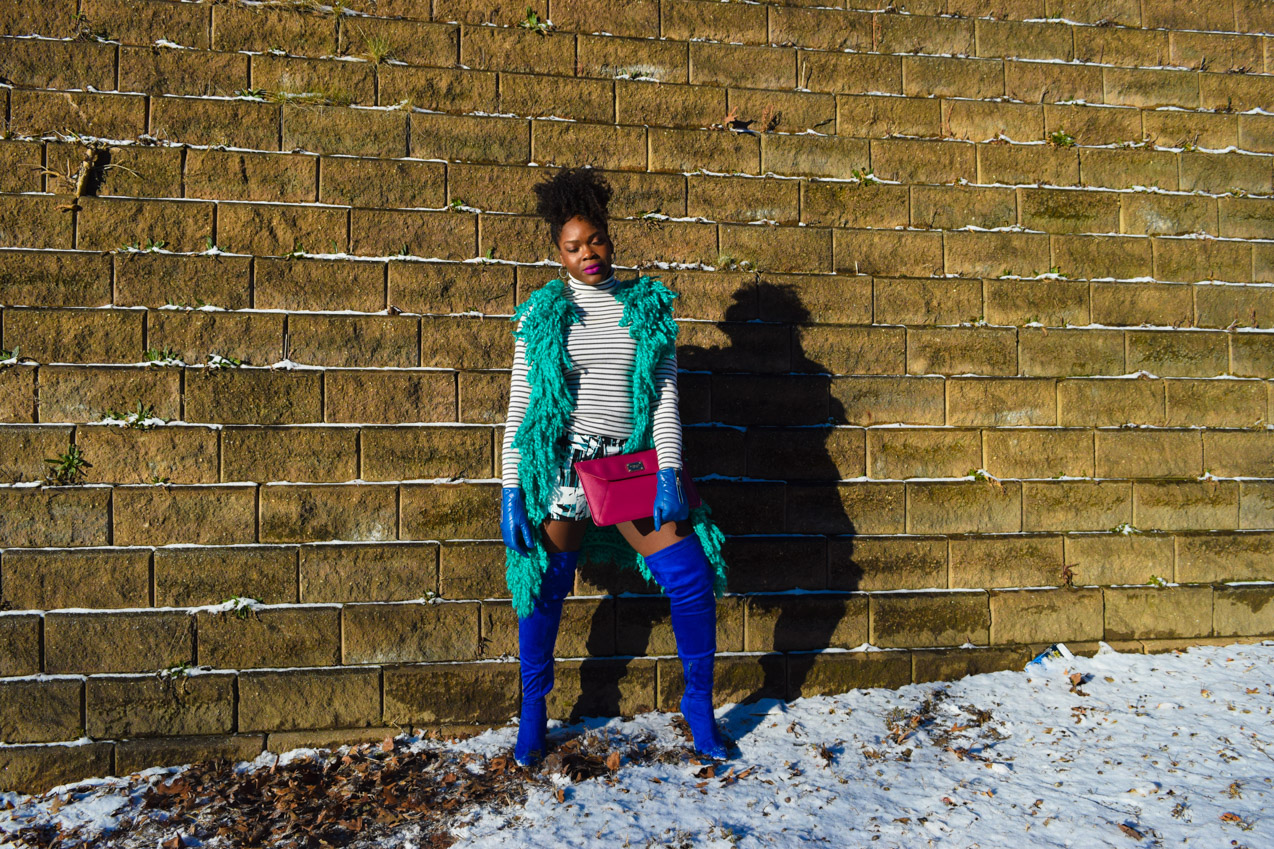 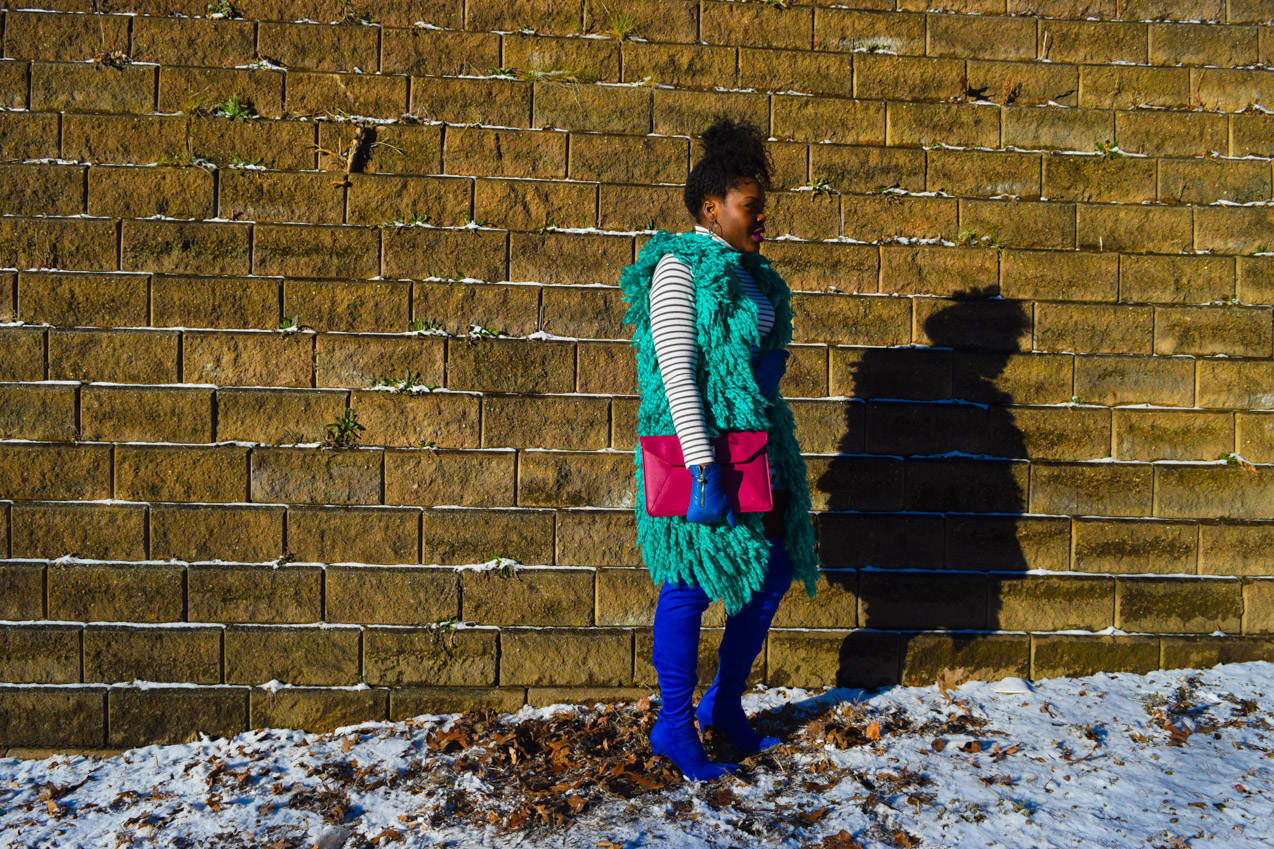 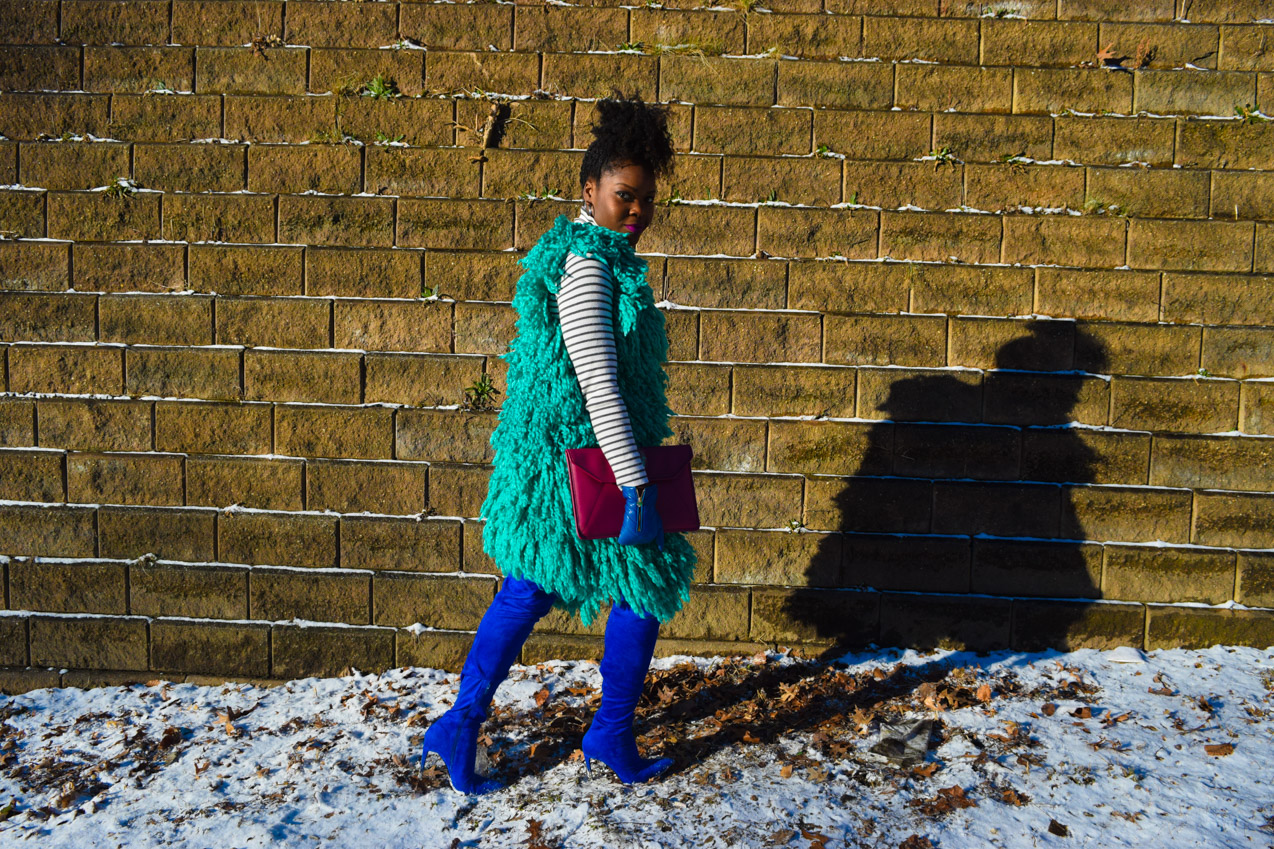 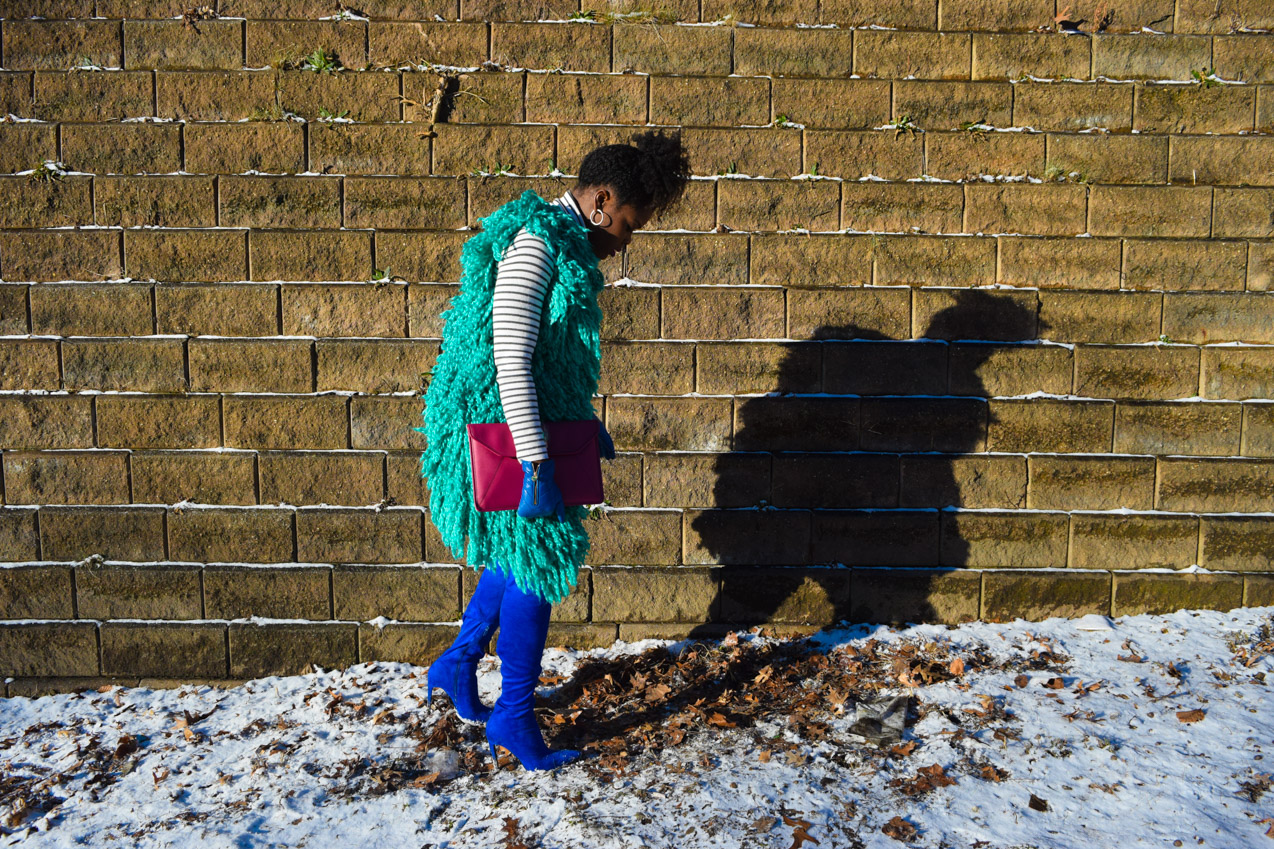 I originally only made this for myself and it’s extra special to me because I know no one else has it, but once I showed it to my friend, she convinced me to make a bunch more in black and grey so that others who may be interested in the vest would be able to own one. 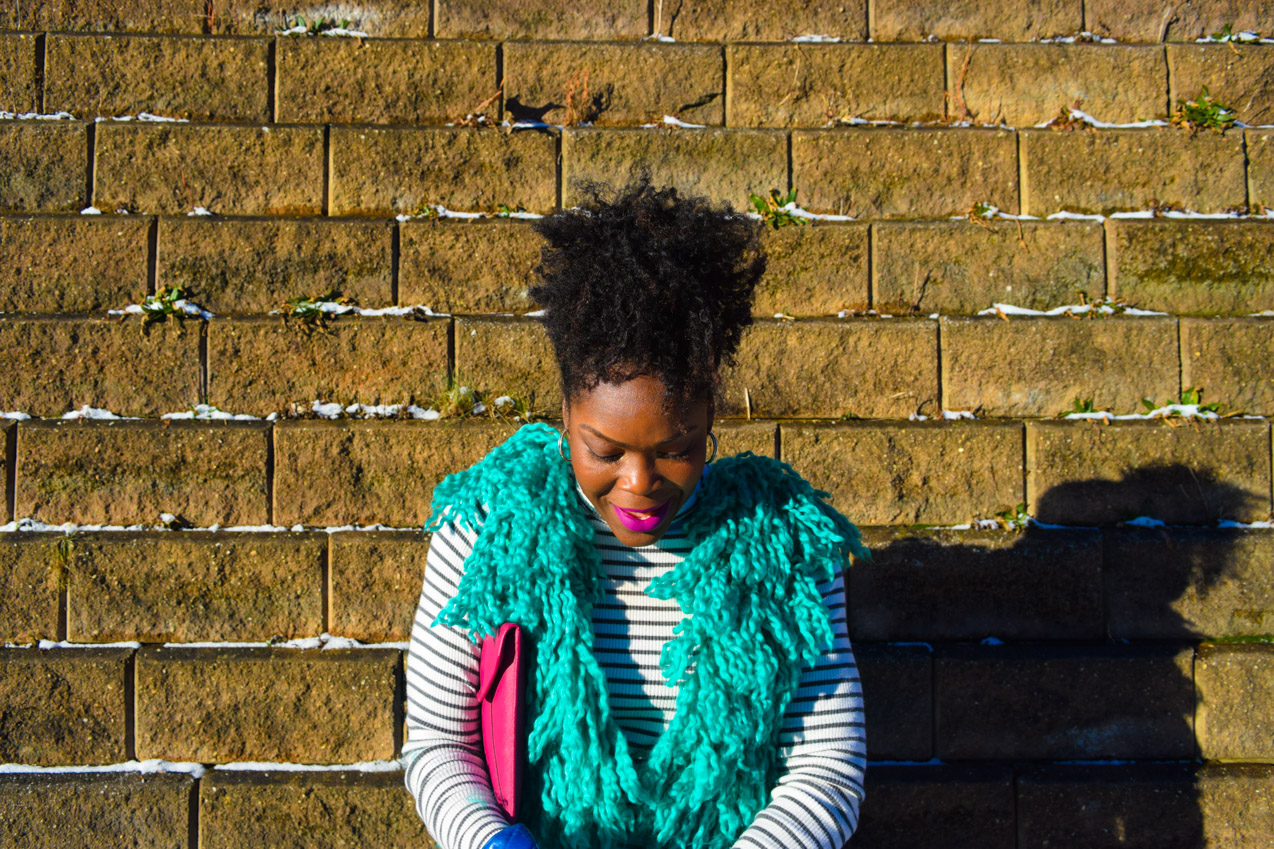 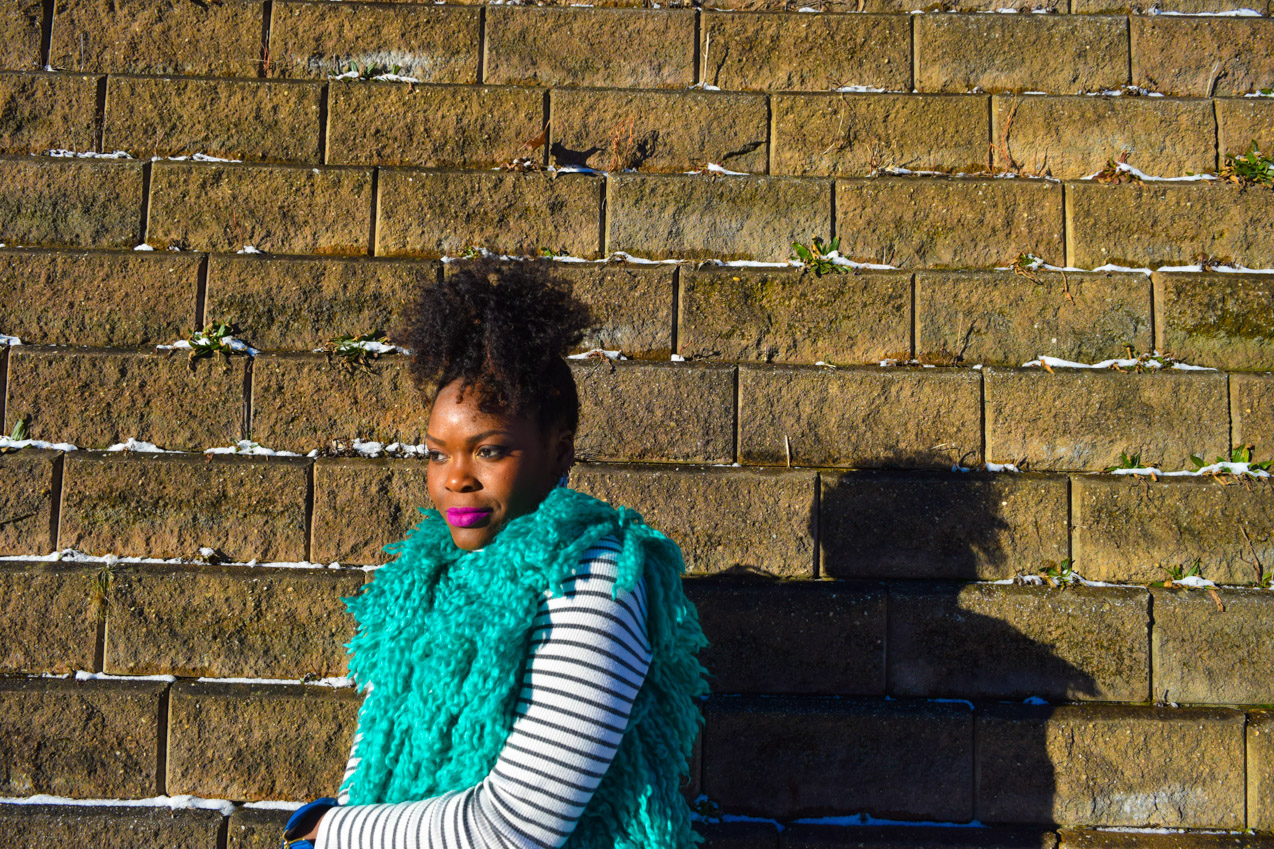 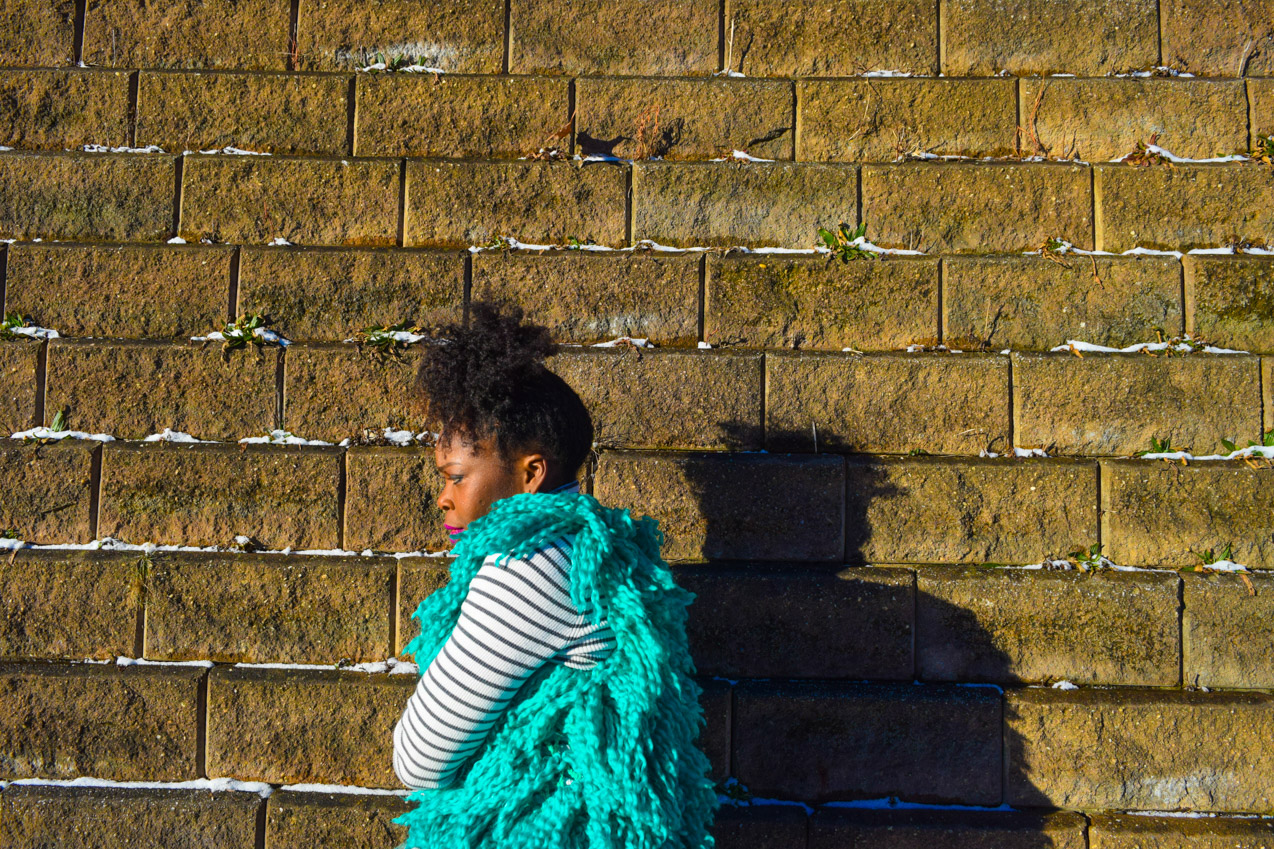 I’ve always believed in expanding horizons and not limiting creativity. 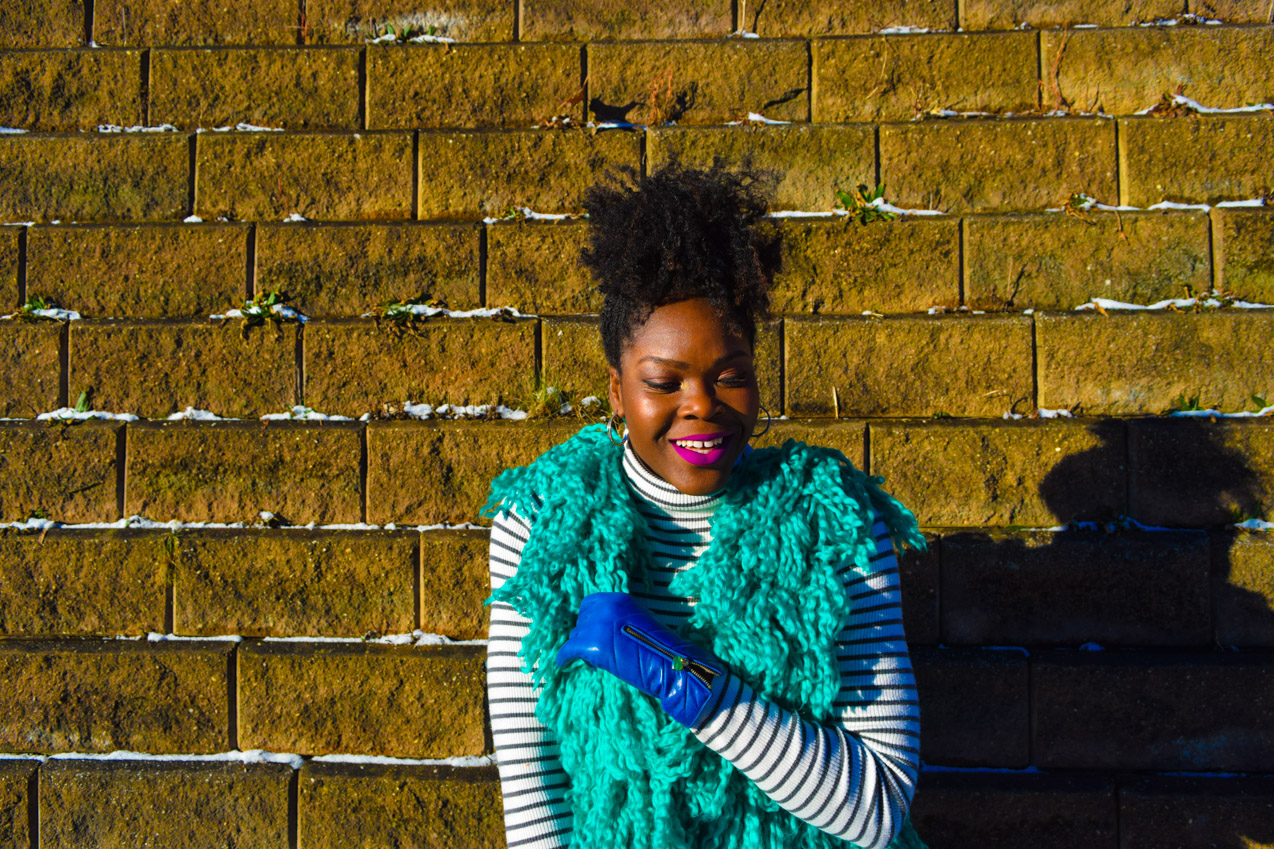 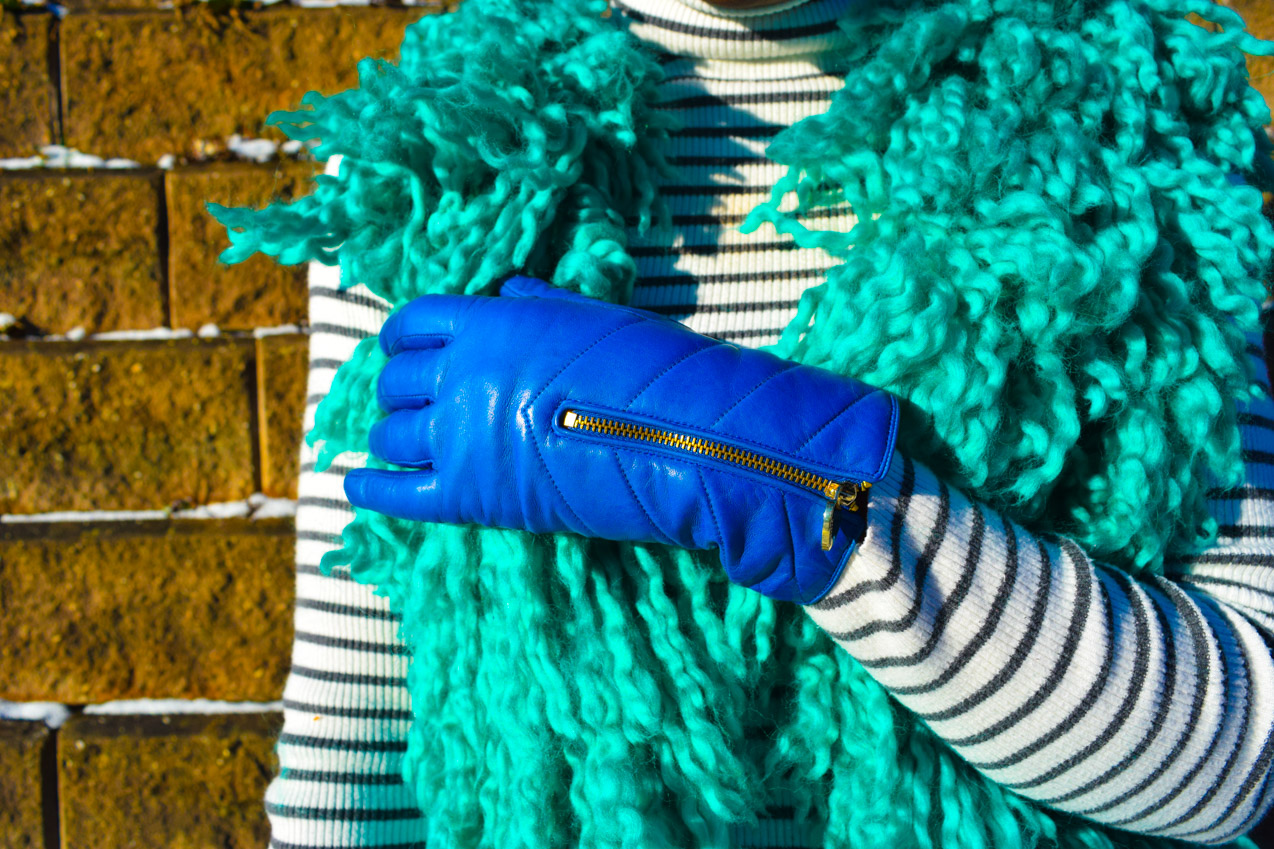 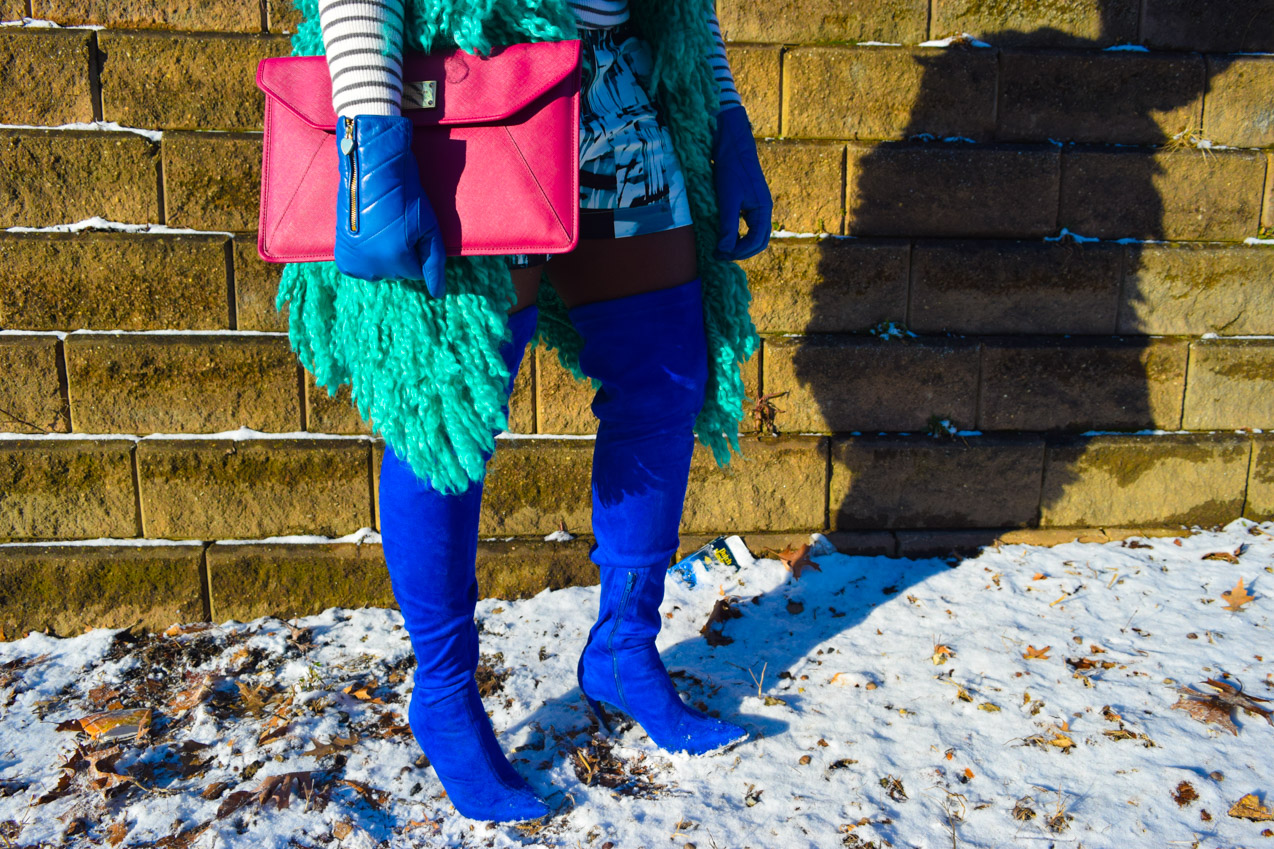 I’m not saying that I’m creating a clothing line but I am saying that if I want something and it’s not being sold in stores, I just might create it for myself. 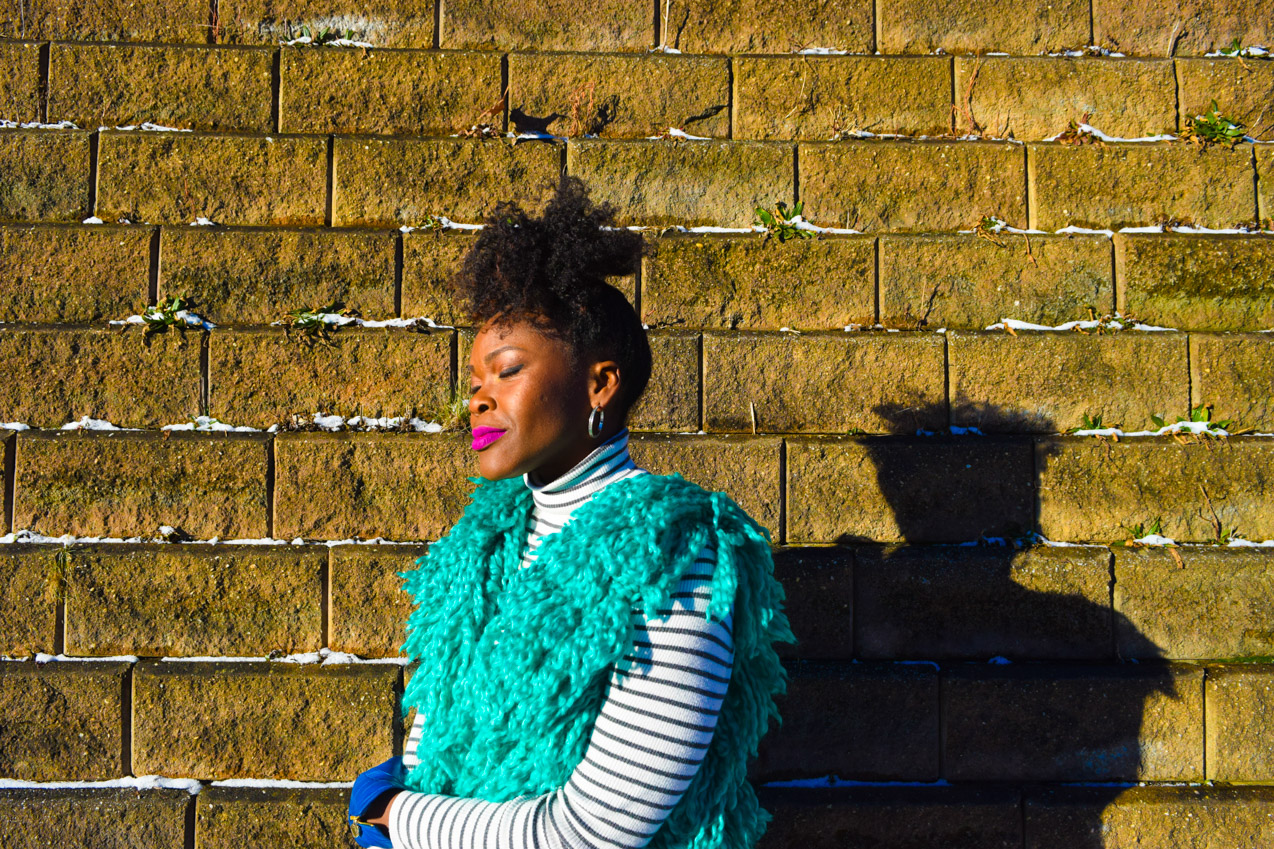 I’ll be posting part 2 of Day 1 later on today.

To all my creatives, never stop creating.

Talk to you soon style lovers!