Mixing prints is kind of my default as that’s the basis of a lot of what is worn in the Nigerian culture. We do it quite often but never really gave it a name. Once I started college (in America), I learned that when you wear a variety of prints, its called mixing prints. Its also around the time that I learned that wearing a variety of colors is referred to as color blocking. The key to mixing prints is to wear prints of a similar tone. 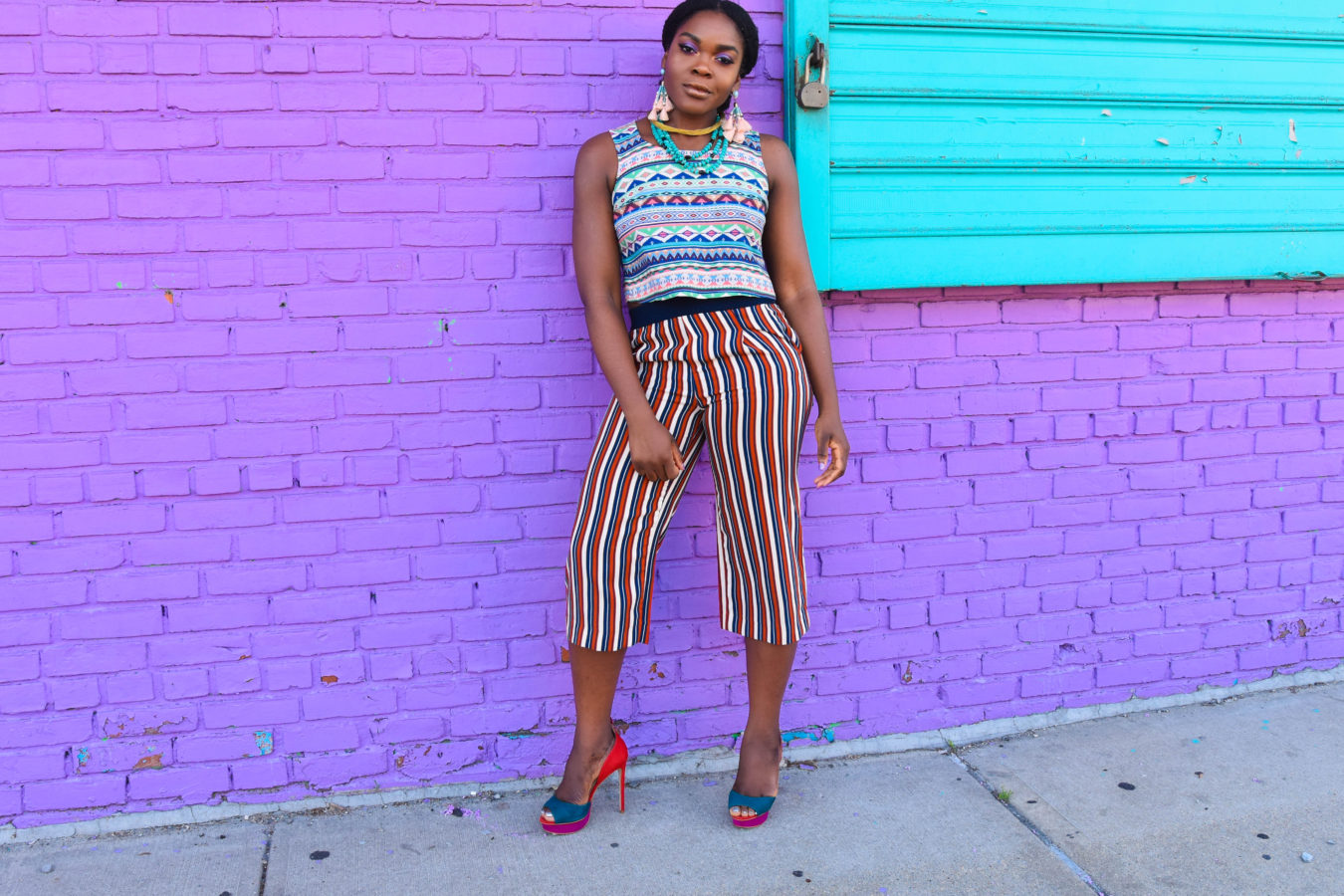 Warm tones include red, orange and yellow, while cool tones consist of blue, green and purple. These tones have a variety of other colors but let’s focus on the hues mentioned above as it correlates best to the look in this post.

Cool tones can sometimes clash with warm tones so if you’re used to wearing solids and you want to branch into prints, picking between warm and cool tones instead of doing both at the same time is usually the best way to start. 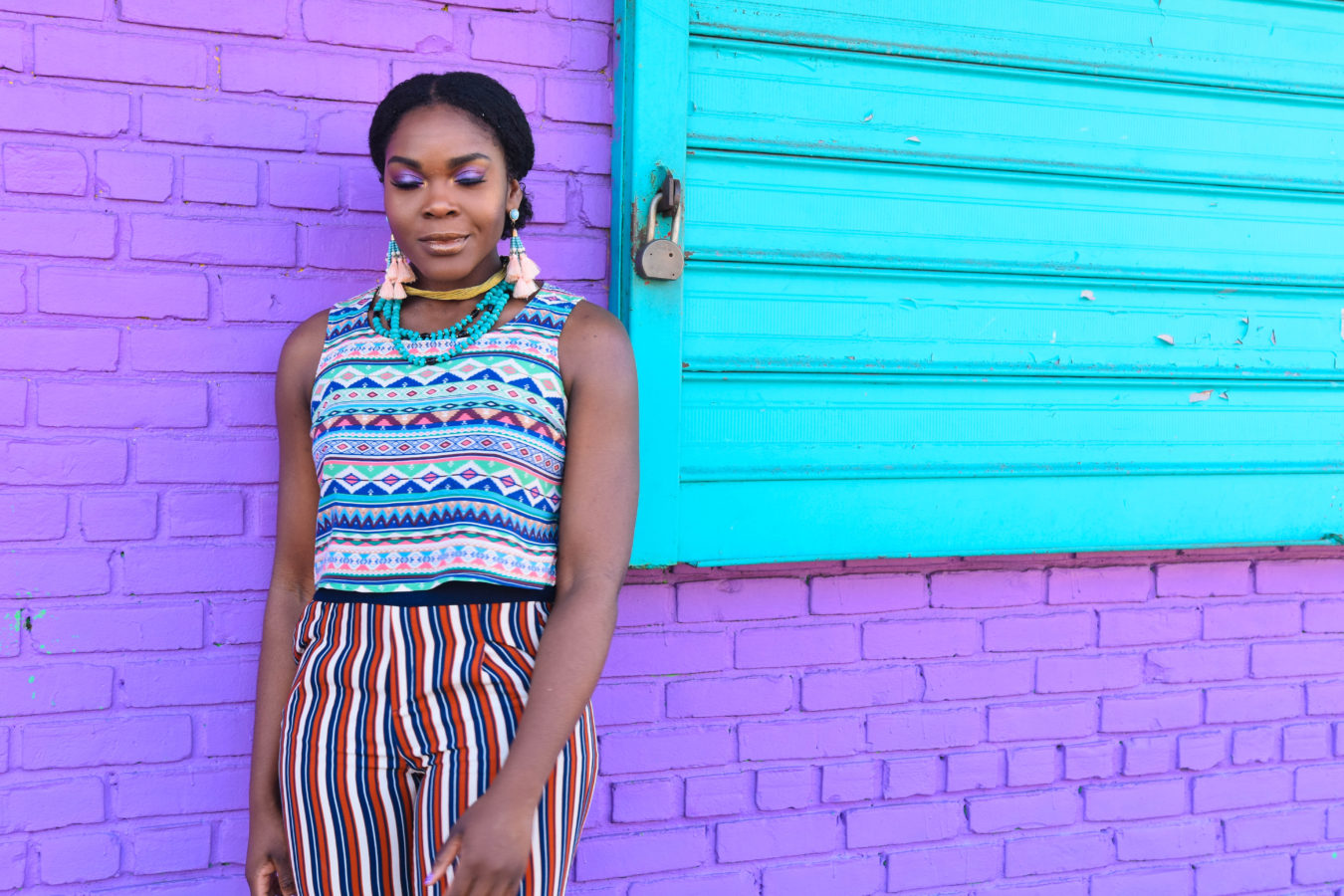 Although a bit of orange, which is considered a warm tone is infused in these prints, this crop top and culotte is mostly blue, teal and green which are cool tones.

In the case that you end up seeing a mixture of different tones in one piece, simply pair it with another piece that features similar colors. 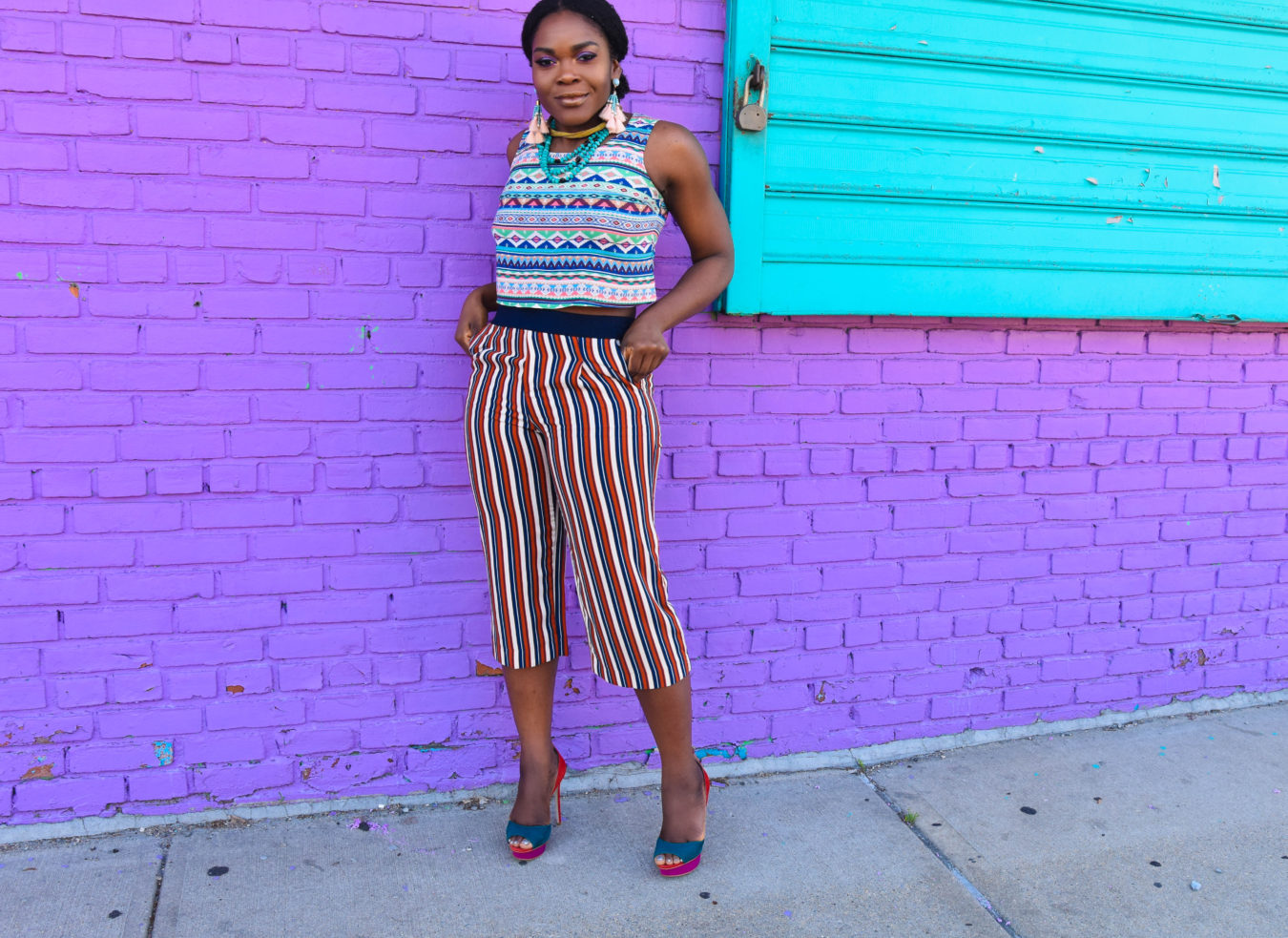 In this look, the crop top features blue, green, teal and orange so I paired it with a pant that features blue and orange. Keeping the shoes in a similar color scheme, I wore a color blocked Brian Atwood heel which features teal and red. 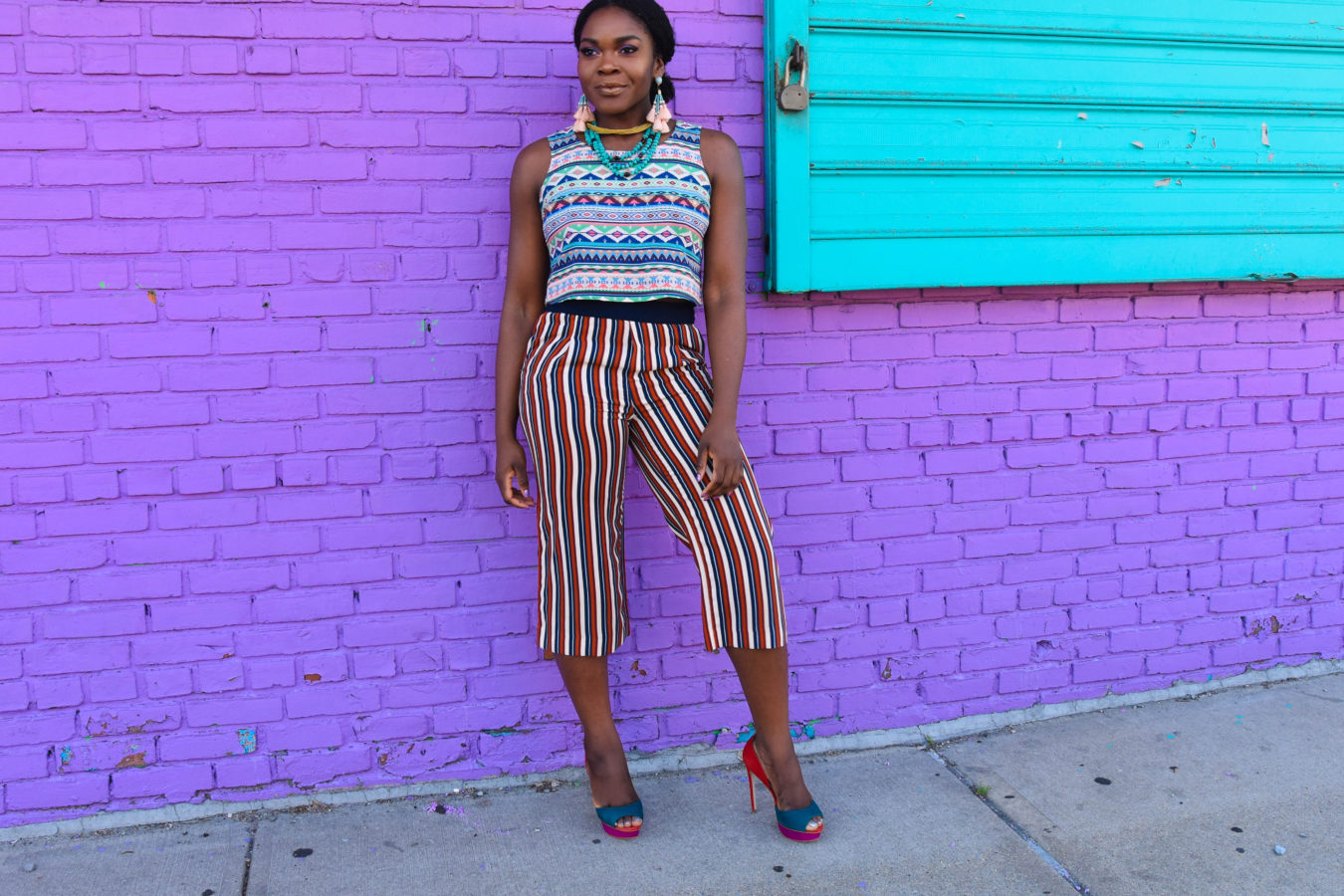 I typically don’t think too deeply while getting dressed. My eyes just usually gravitate towards color but I created this post because I’ve been asked (on numerous occasions) how I pair my prints together. With summer around the corner, there couldn’t be a better time to share this information.

How do you mix prints?

5 Thoughts to “How To Mix Prints”