Some dare to mix while others play it safe by keeping things monochromatic or neutral. Although I’m a lover of mixing things up, I don’t think I’ve mixed maroon and blue quite often, yet this combination can easily be a staple for many to wear throughout the cooler months. Maroon is such a beautiful color so I’m sure it’s hard to resist (especially during the fall) and pairing it with a cool tone hue allows the colors to compliment one another instead of clashing. 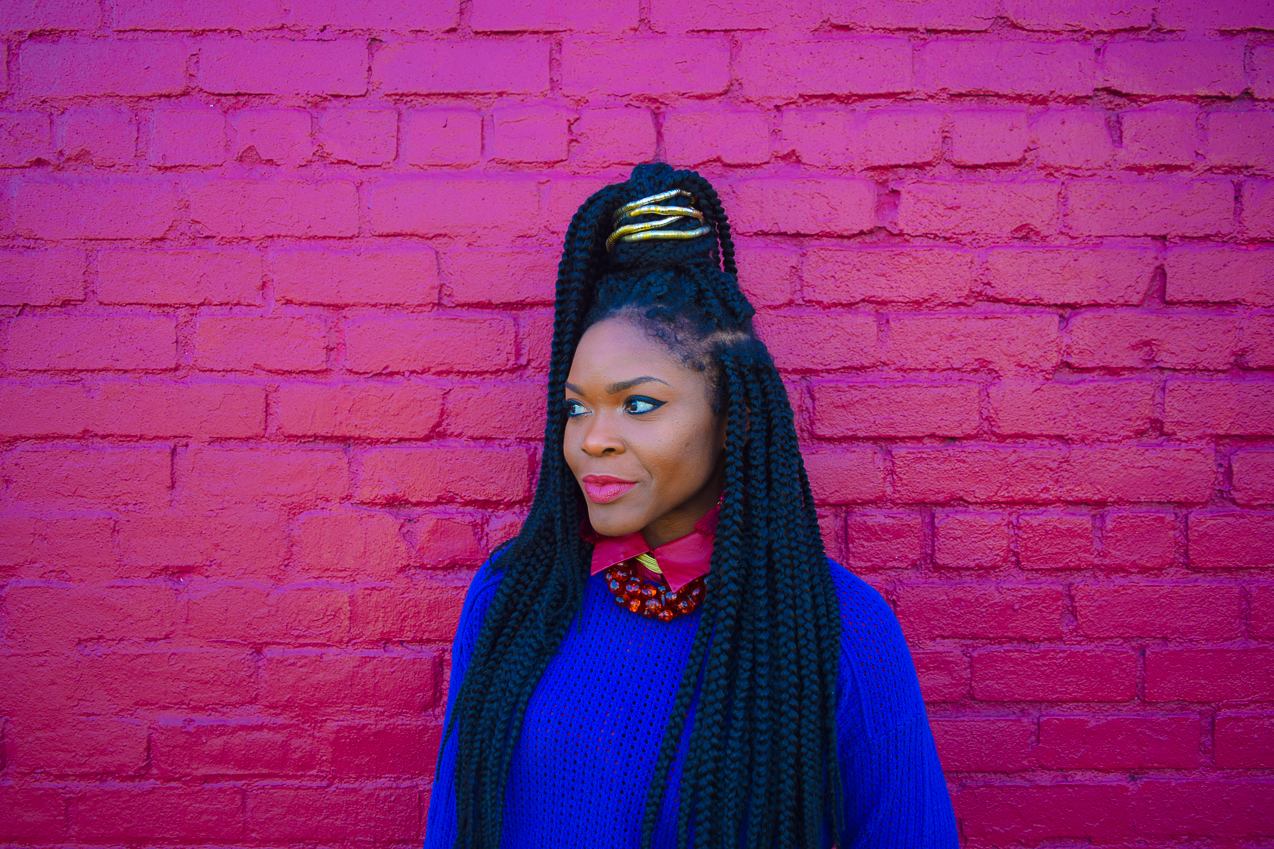 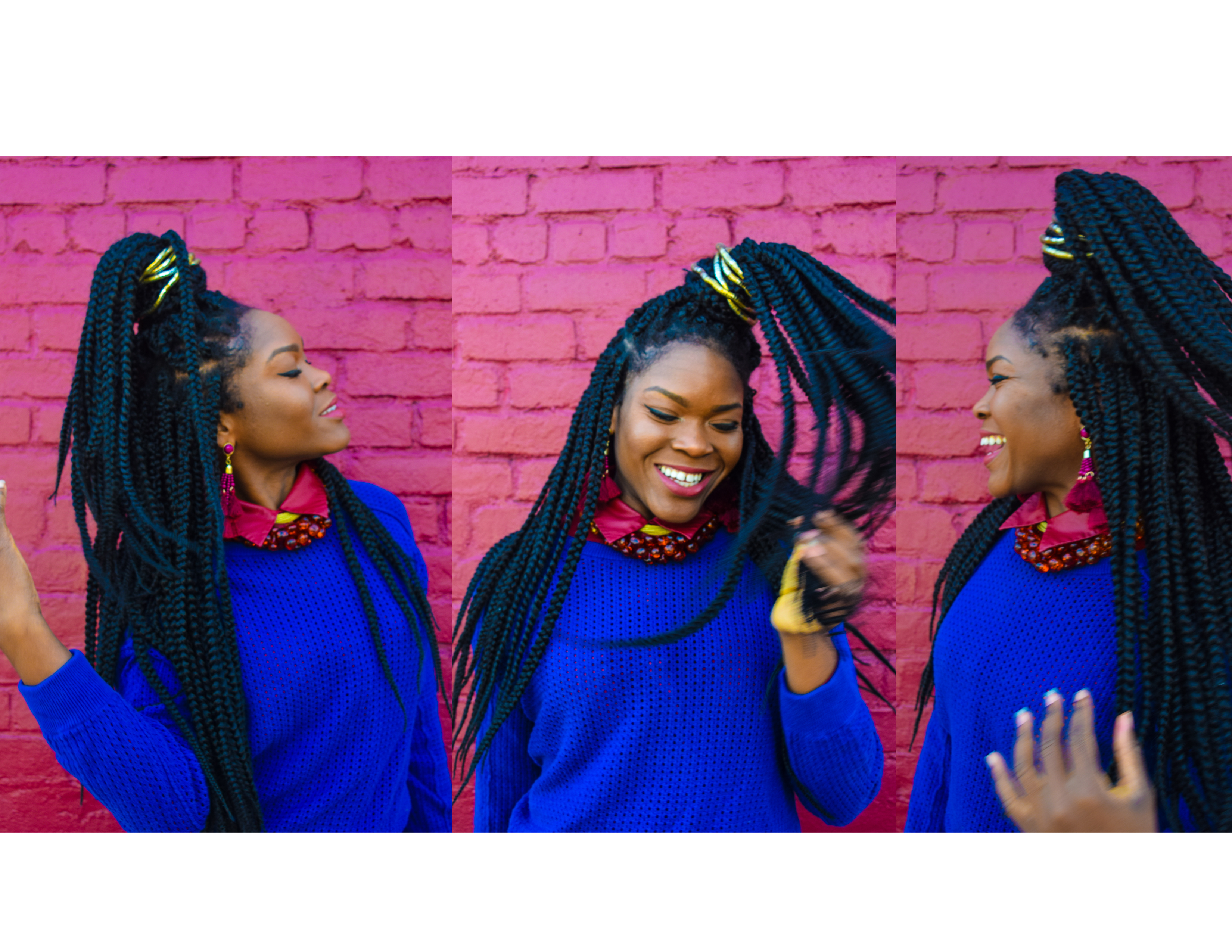 The trick to mixing colors cohesively is making sure that the colors that are mixed have similar tones; wearing warm tone pieces with other warm tone pieces, then doing the same with cool tone items. This is how I mix colors by default and I didn’t notice it until one of my professors pointed it out to me a while ago. I told him, “Oh I just throw anything on”, he then replied, “But the reason it always works is because all the items that you’re wearing have the same tone. I never noticed until then and he’s absolutely right. When I get dressed, I subconsciously gravitate towards one tone when thinking about what to wear. Once your tones are in order, it’s impossible for your pieces to clash. 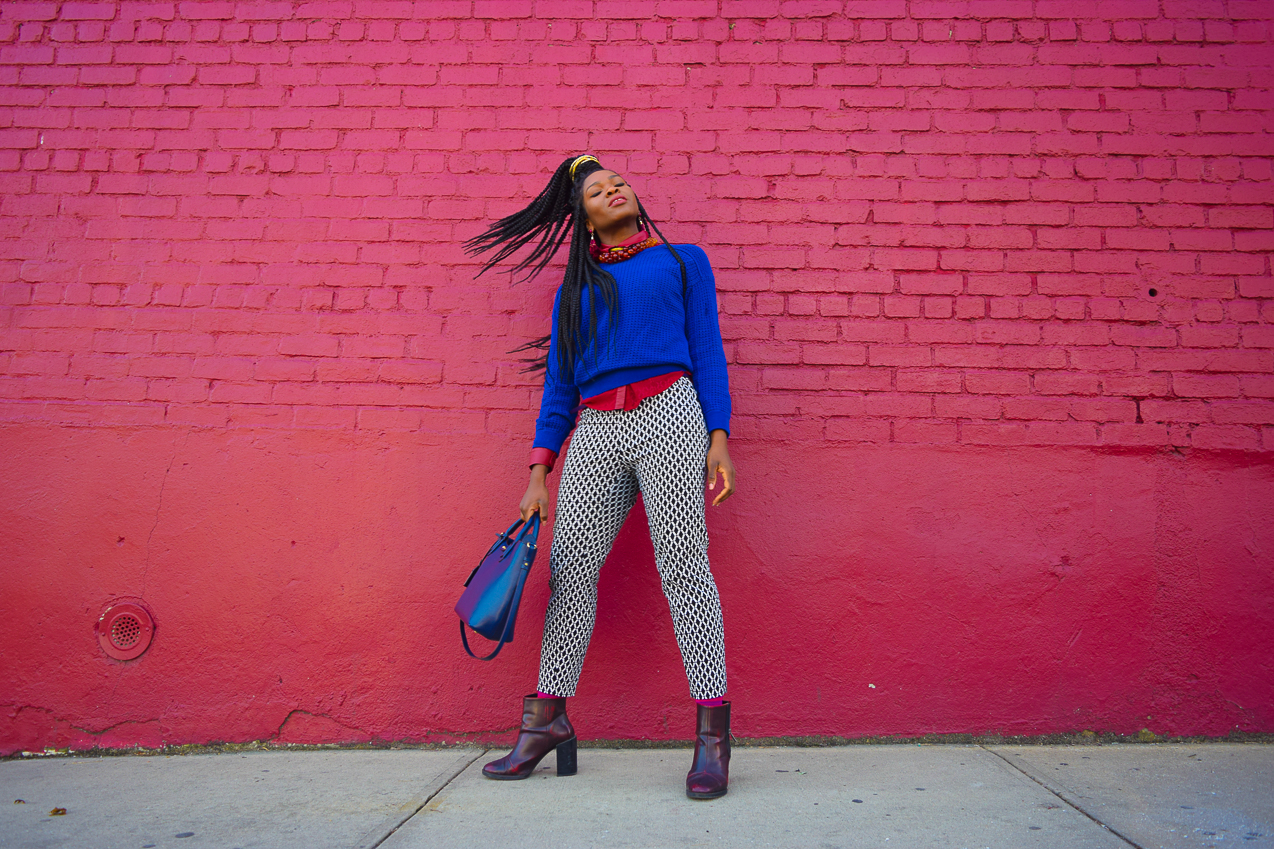 As blue and maroon are cohesive because of their cool tone, the black and white worked out due to it’s neutral tone. The beauty of neutrals is that they can be paired with almost anything and still produce a cohesive look. 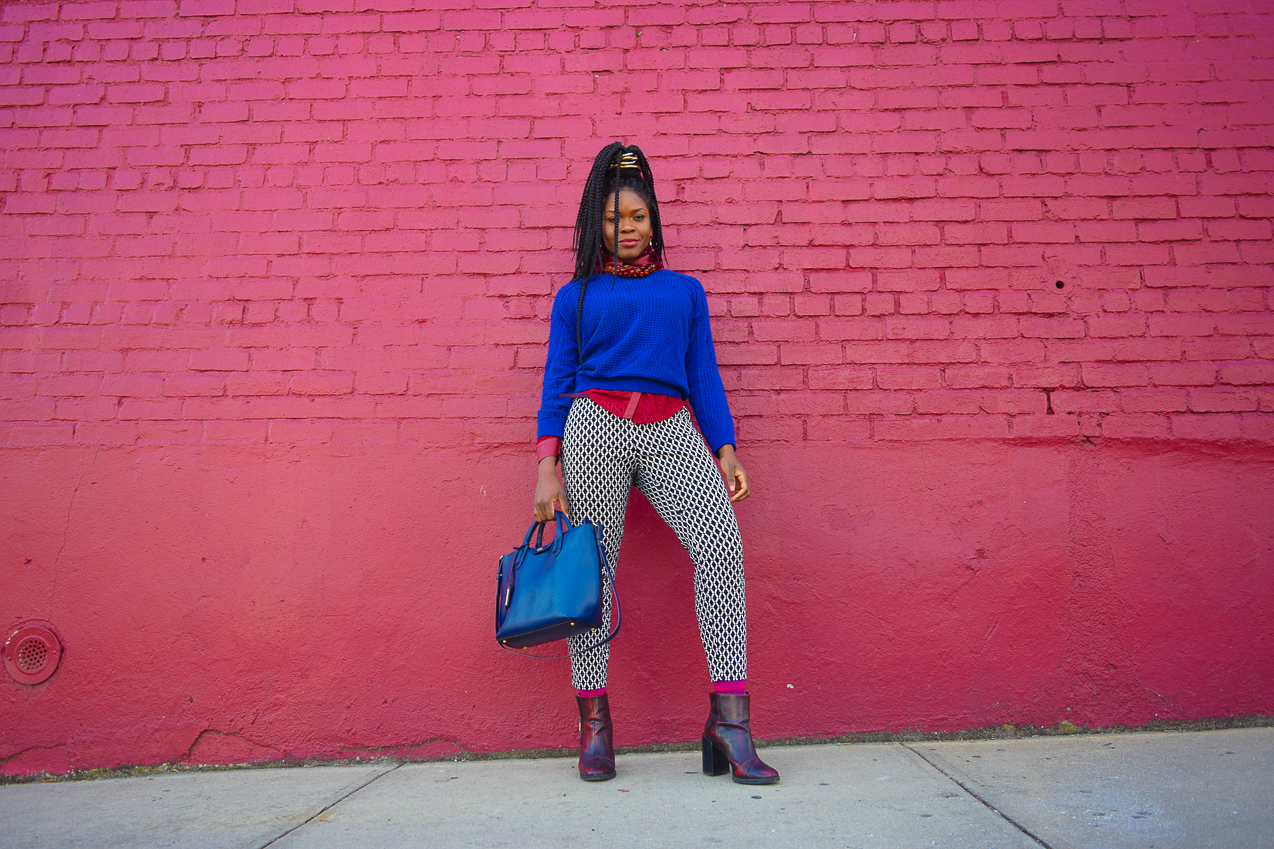 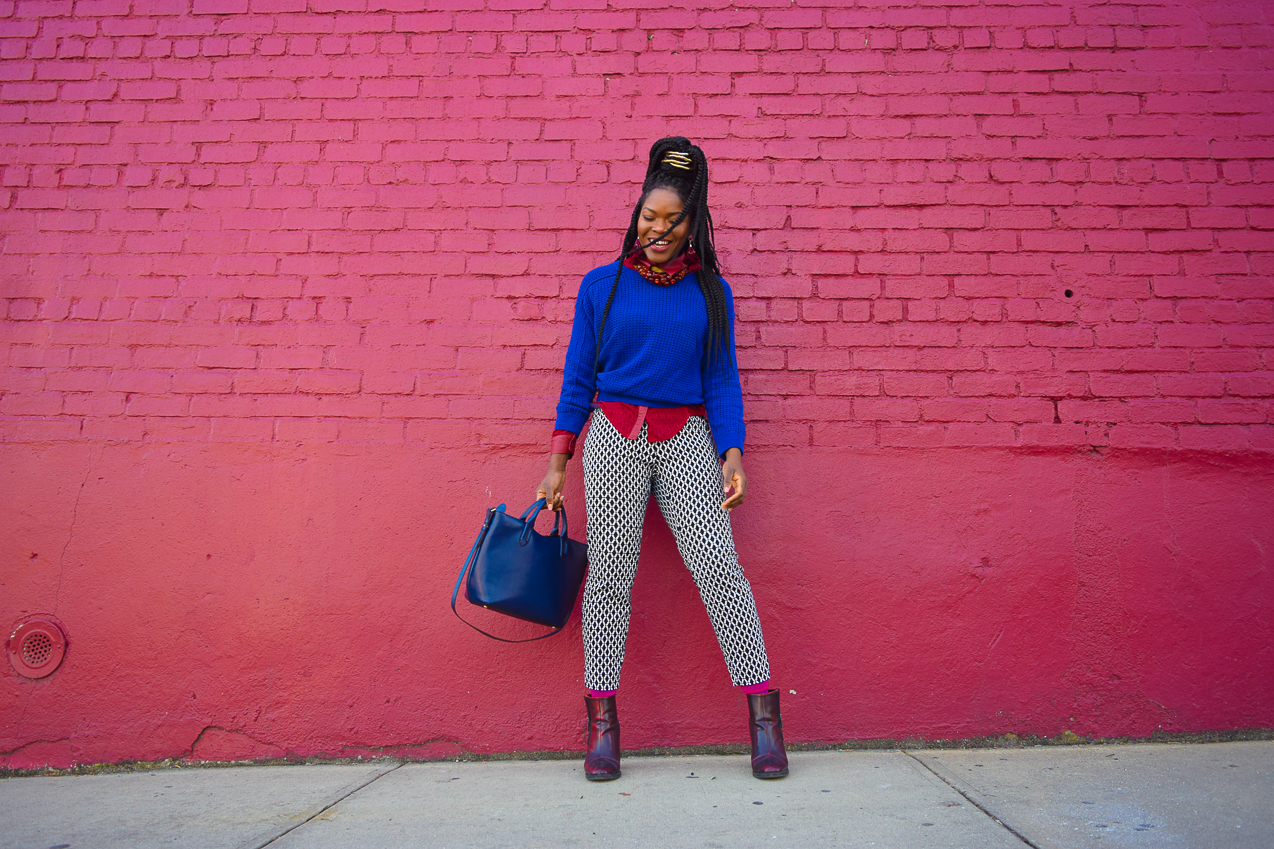 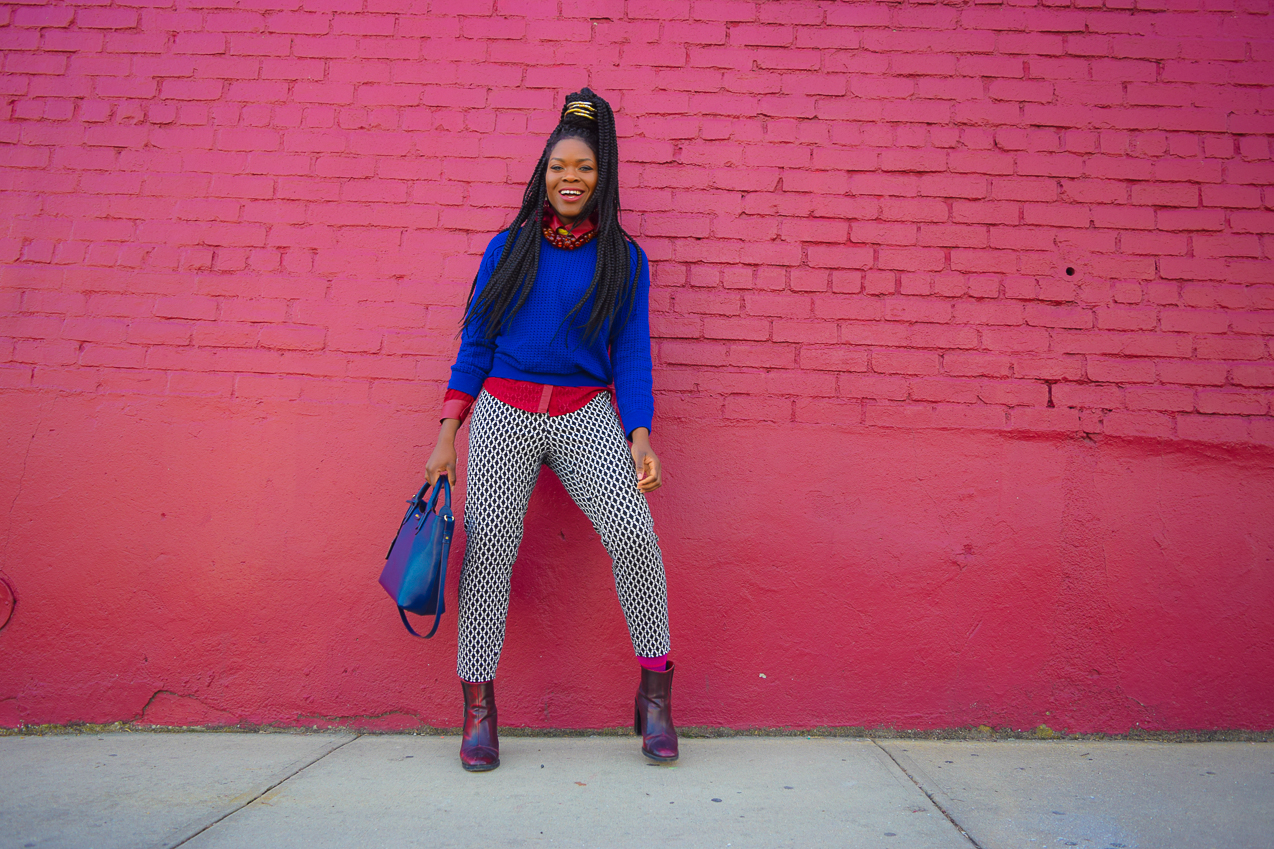 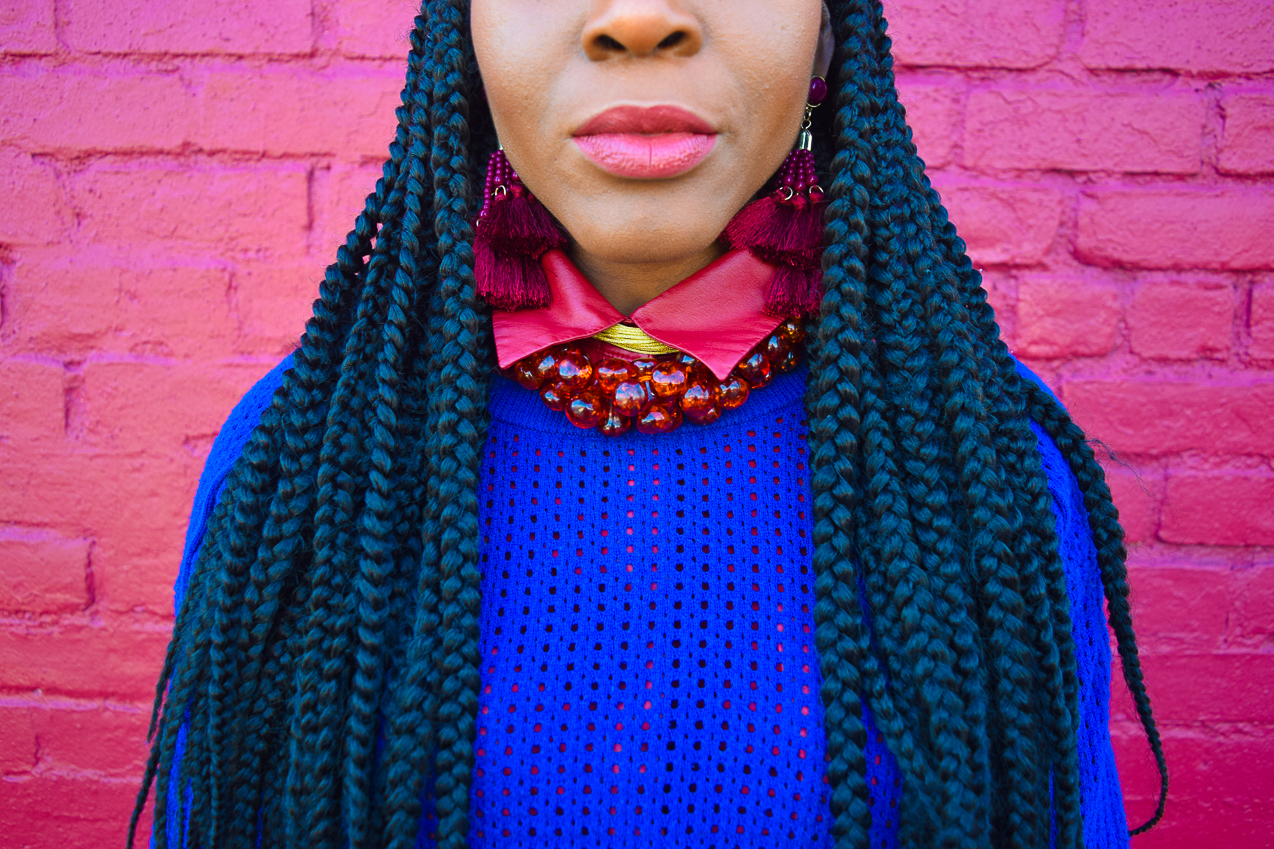 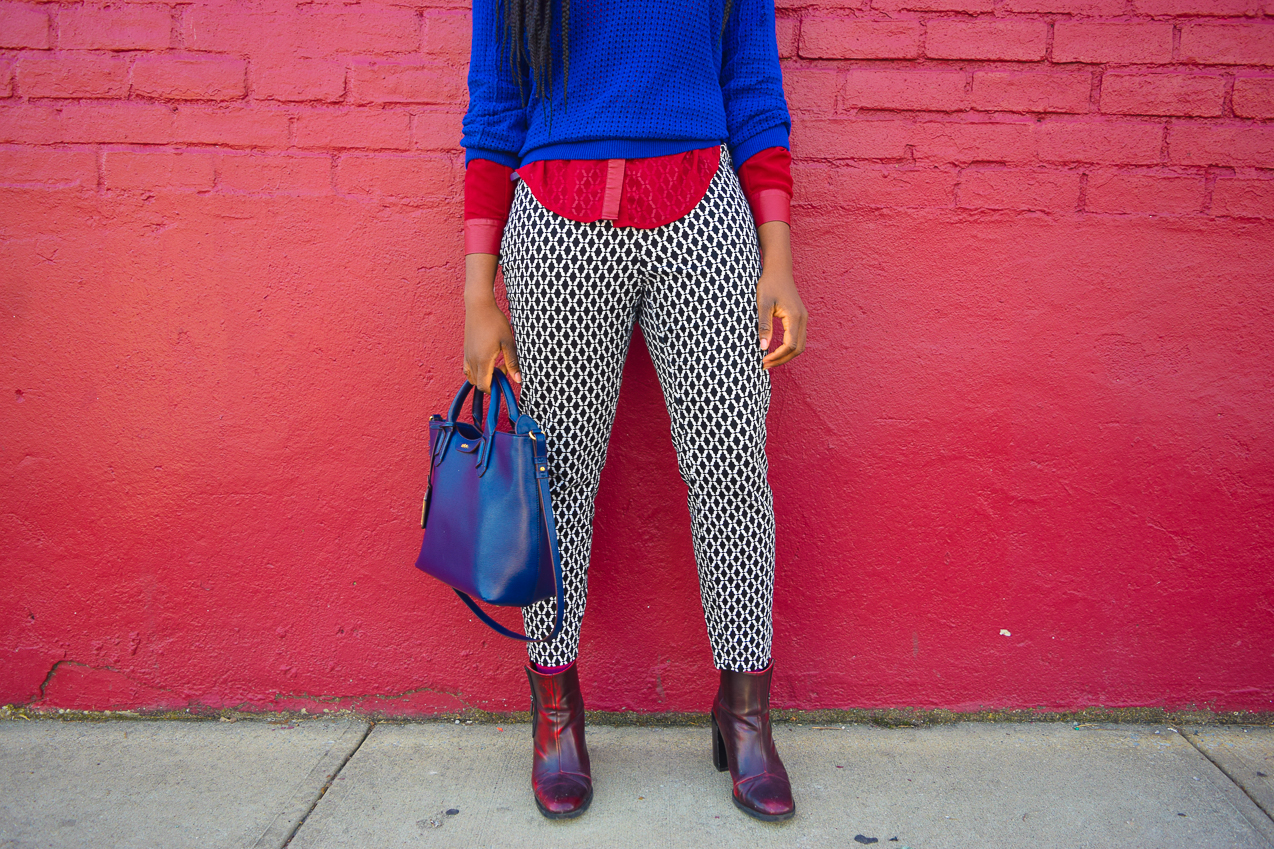 The touch of gold in my hair and necklace is because gold always looks great with maroon. The sweater and button down top are both by Walter Baker, the pants are H&M, the boots are Zara and what I love about them is it looks better as it ages. The older they get, the better it looks as a lighter maroon tone peeks through the darker hue. The bag is Ralph Lauren.  These are all oldies but goodies that I’ve had for at least three years but I was sure to include some pieces that will help you achieve this look. 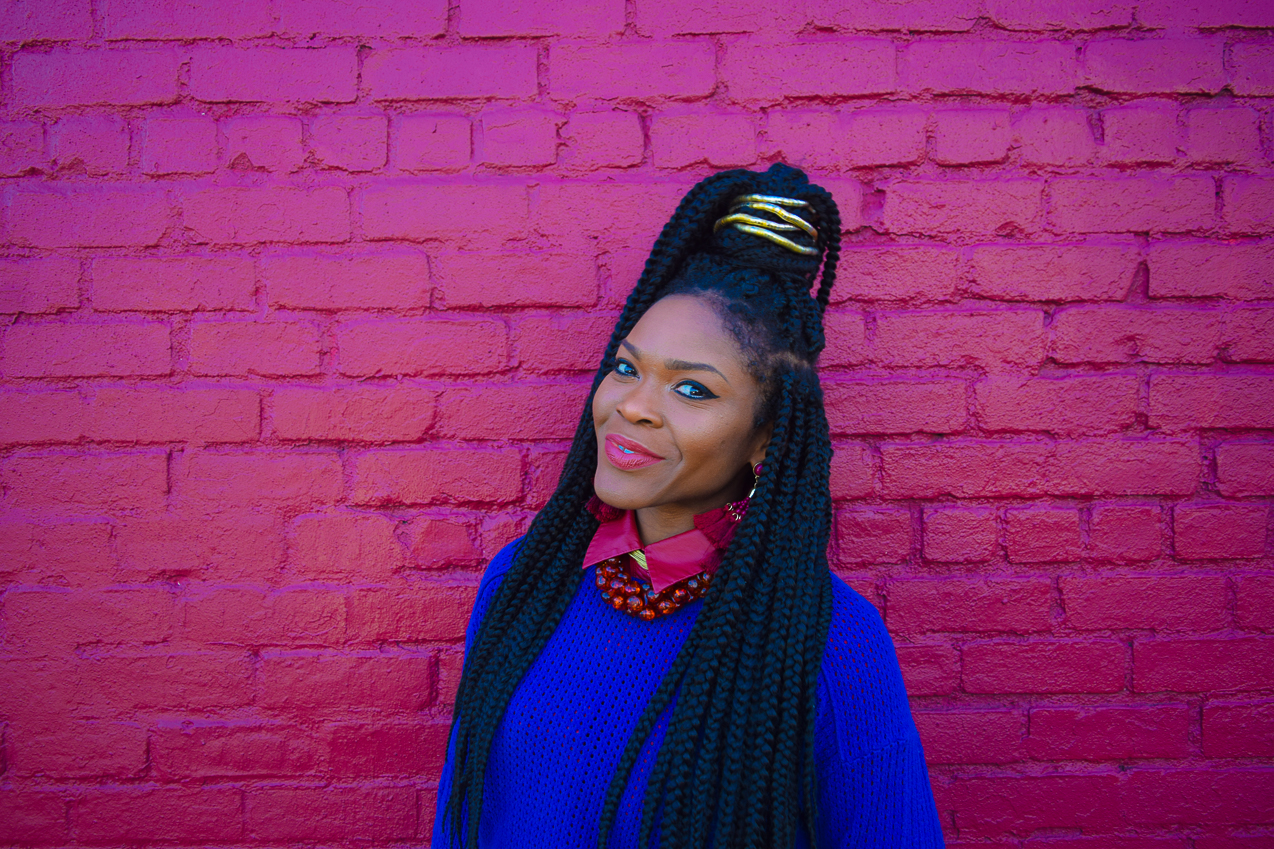 Now that you have a bit more info on mixing colors cohesively, try it out using my tips and you’ll be sure to slay.